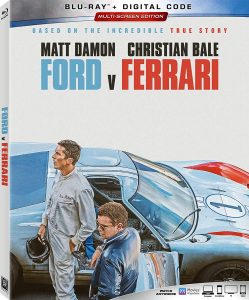 “Ford v Ferrari” (2019, 20th Century Fox Home Entertainment) Racer turned automotive designer Carroll Shelby (Matt Damon) is pressed by Ford to create a car powerful enough to defeat the Ferrari racing team at the 1966 Le Mans race, but the company balks at his choice for a driver: short-fused British racer Ken Miles (played by Christian Bale). Ostensibly a sports drama, and flush with exciting race footage, but the key appeal of James Mangold‘s film is Damon and Bale, who embody the quiet confidence and boundless grit (as well as the willingness to screw up and learn from it) necessary to all great notions. They’re well supported by the sharp dialogue in Jez and John-Henry Butterworth‘s script (with Jason Keller) and the supporting cast, which includes Catriona Balfe as Miles’ no-nonsense wife, Jon Bernthal as a savvy Lee Iacocca and the great Ray McKinnon as engineer Phil Remington. Fox’s Blu-ray includes an eight-part making of doc. 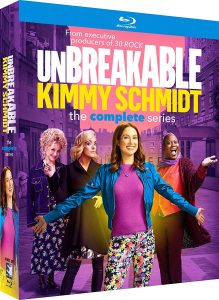 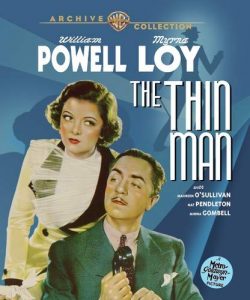 “The Thin Man” (1934, Warner Archives Collection) Between copious amounts of alcohol and sparkling banter, retired detective Nick Charles (William Powell) and his socialite wife, Nora (Myrna Loy), find the time to solve a missing persons case that blossoms into murder. Every male-female screen team after 1934 owes a debt to W.S. Van Dyke‘s irreverent screwball comedy, adapted from the novel by Dashiell Hammett (who based the boozy, rat-a-tat patter on his own relationship with playwright Lillian Hellmann). Much of the credit for its huge (and lasting) appeal goes to Powell and Loy, who apparently improvised several scenes during the 12-day shoot, and whose interplay is effortlessly charming and sexy. Five film sequels and a TV series followed; Warner’s remastered Blu-ray includes a 1936 radio adaptation with most of the cast reprising their roles and an episode of the series with Peter Lawford and Phyllis Kirk as Nick and Nora.

A special thank you to Warner Archives Collection for providing free access to this Blu-ray for review. 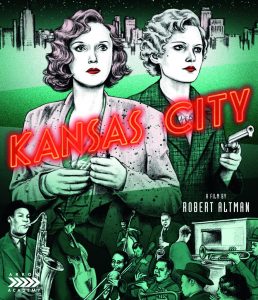 “Kansas City” (1996, Arrow Video) Uptown, downtown and underground types struggle to survive, with varying degrees of success, in President Trump’s favorite Missouri city circa 1936. Robert Altman freely mixes genres (gangster picture, screwball comedy) in this look at the social and political strata of his hometown (and by extension, the country in general); the result looks spectacular and boasts some incredible jazz summits, with modern talents like Joshua Redman and Cyrus Chestnut playing the giants of the day, but the stories are underfed, despite an ensemble cast led by Jennifer Jason Leigh and Miranda Richardson, who play a hood’s moll and the politician’s wife she kidnaps, respectively, to stave off local crime boss Harry Belafonte. MVD’s Blu-ray includes commentary by Altman, multiple making-of and appreciation featurettes, and vintage cast and crew interviews. 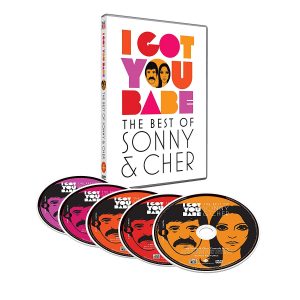 “I Got You Babe: The Best of Sonny and Cher” (1971-1973, Time Life) Ten episodes from Sonny and Cher‘s first CBS variety series, which cemented their transformation from insouciant pop stars to joke-slinging TV hosts. Stints on the casino and nightclub circuits helped them forge their small-screen identities – short-statured, self-impressed husband and deadpan, zinger-slinging spouse, adopted in part from Louis Prima and Keely Smith‘s stage routine – which, in turn, inform most of the sketches and musical numbers. The gags are barn-door broad – one recurring bit lampoons big William Conrad‘s stint in “Cannon” by putting guest star Tony Curtis and others in fat suits to collide with each other like bumper cars – but are delivered with such infectious enthusiasm by the stars, guests and support (which includes Peter Cullen – the voice of Optimus Prime! – Teri Garr, and on occasion, Steve Martin and Bob Einstein, both of whom also served as writers for the show) that it’s hard to find fault with them. Guests on the ten episodes include Dinah Shore, Joe Namath, Jimmy Durante, and the couple’s then-new daughter, Chaz Bono; there’s also a two-part special which carts out Chuck Berry, Jerry Lee Lewis, Frankie Valli and other ’50s musicians to perform cut-down versions of their past hits. Time Life’s five-disc set includes new interviews with Cher, who discusses the act’s shift from music to comedy, as well as producers Allan Blye and Chris Bearde; the couple’s 1970 appearance on legendary Philadelphia DJ Jerry Blavat‘s interview program and on “The Barbara McNair Show” (also ’70), which served as a pilot of sorts for their variety show, is also included.

Paul Gaita lives in Sherman Oaks, California with his lovely wife and daughter. He has written for The Los Angeles Times, LA Weekly, Variety and The Fix, among many other publications, and was a home video reviewer for Amazon.com from 1998 to 2014. He has interviewed countless entertainment figures from both the A and Z lists, but his favorites remain Elmore Leonard, Ray Bradbury and George Newall, who created both Schoolhouse Rock and the Hai Karate aftershave commercials. He once shared a Thanksgiving dinner with celebrity astrologer Joyce Jillson, and regrettably, still owes the late character actor Charles Napier a dollar.
View all posts by Paul Gaita →
This entry was posted in Movies, Music, Television and tagged 20th Century Fox Home Entertainment, Arrow Video, Mill Creek Entertainment, Time Life, Warner Archives Collection. Bookmark the permalink.