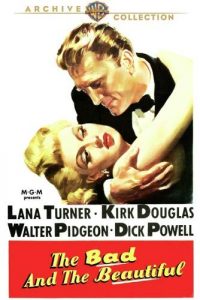 “The Bad and the Beautiful” (1952, Warner Archives Collection) When producer Kirk Douglas calls on star Lana Turner, Pulitzer-winning screenwriter Dick Powell and director Barry Sullivan to join his comeback picture, each recalls to studio chief Walter Pidgeon how his scruple-free behavior nearly ended their careers. Vincente Minnelli’s’s beautifully appointed but acidic take on the corrosive atmosphere of the movie business highlights its cycle of tolerating toxic behavior if it generates box office dollars; the performances, led by Douglas in nuclear-strength bastard mode, are all top notch, though Gloria Grahame, as Powell’s saucy spouse, took home the Oscar (one of five netted by the film, including Best Cinematography for Robert Surtees and Best Adapted Screenplay for Charles Schnee). The parallels between its characters and real-life Hollywood players have been detailed numerous times; Warner Archives’ Blu-ray, taken from a new HD transfer, includes the frank, feature-length doc “Lana Turner… A Daughter’s Memoir” and a showcase for David Raskin’s lovely score and title track. 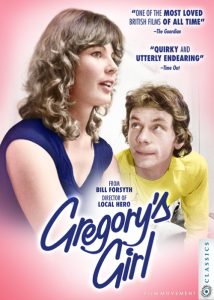 “Gregory’s Girl” (1981, Film Movement Classics) Gawky Scottish teenager Gregory (Gordon John Sinclair) is smitten by smart, self-assured Dee Hepburn, who’s replaced him as center for his school’s hapless soccer team, but has no idea of how to win her attention, and so relies on advice on his preternaturally savvy 10-year-old sister (Allison Forster, terrific) and dopey pals. Bill Forsyth‘s effortlessly charming comedy sidesteps the one-size-fits-all approach to teen movies (kids are only horny/stupid, comic geniuses or social piranhas) and instead shows Gregory and his peers as complicated messes, whipped into a frenzy by anxiety and hormones, but also capable, on occasion, of modest wisdom and kindness That appealing and honest portrait, along with the natural performances of the cast (which includes Altered Images’ Clare Grogan) and an off-kilter sense of humor (note the penguin suit) puts the film on par with such other clever, unvarnished takes on teenagers as “My Bodyguard” and “Edge of Seventeen.” Film Movement Classics’ Blu-ray offers a digitally restored image and two audio tracks (one with the actors’ natural Scottish accents and accompanying subtitles and a second, “clearer” track), as well as commentary by and interviews with Forsyth and Grogan. 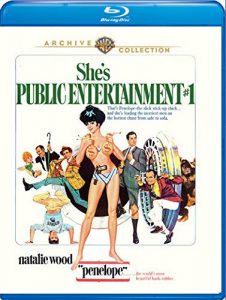 “Penelope” (1966, Warner Film Archives) So desperate is former beatnik Natalie Wood for the attention of her stuffed shirt husband (Ian Bannen) that she robs a bank, which only draws the attention of everyone but her spouse, including detective Peter Falk, jittery therapist Dick Shawn, and high fashion nogoodniks Lou Jacobi and Lila Kedrova. MGM comedy by Arthur Hiller (“The In-Laws”) aims for screwball abandon but unfolds as a fizzy but dated goof anchored by Wood’s game performance (though it spurred her to bail on her MGM contract) and a supporting cast of inveterate scene-stealers, which also includes Norma Crane, Jerome Cowan and Carl Ballantine (Jonathan Winters also turns up, but the less said about his appalling scene, the better). There is, however, a breezy pop score by John Williams and Edith Head‘s costumes, which earn their own featurette on Warner Archives’ Blu-Ray, are drop-dead haute.

Thanks to Warner Archives Collection for providing free Blu-rays to facilitate these reviews. 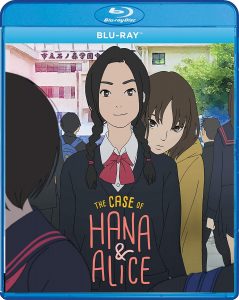 “The Case of Hana and Alice” (2015, Shout! Factory/GKids) New girl in school Alice (voiced by Yu Aoi) discovers that her desk is “cursed” by a sinister history that allegedly involves a murdered student, jilted girlfriends, a vengeful spirit, and Hana (Anne Suzuki), the odd girl living next door to Alice. Writer/director Shunji Iwai‘s prequel to his much-loved live-action romantic drama “Hana and Alice” (2004) sidesteps the passage of time through the use of rotoscoping (animation over film footage), which allows Aoi and Suzuki to reprise their roles; the animation actually meshes well with the reality-bending plot without detracting from the film’s core pleasures: the interplay between the two leads and Iwai’s affecting and honest observations on friendship, school drama and unexpected connections. Shout/GKids’ Blu-ray features Japanese language audio (with subtitles) and multiple interviews with Iwai, his leads, and animator Makoto Shinkai. 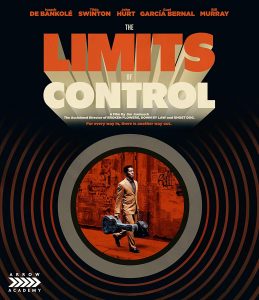 “The Limits of Control” (2009, Arrow Academy) Isaach de Bankole cuts an imposing if stylish figure as a hitman of sorts who encounters various figures, including Tilda Swinton, Bill Murray, Paz de la Huerta, Gael Garcia Bernal and John Hurt, while en route to a rendezvous – again, of sorts – in the Spanish desert. Meta-crime thriller from Jim Jarmusch repels off any linear plotline or easy interpretation, which may prove wearying to those unfamiliar with his languidly pace and granular attention to what seem like ephemeral details. Those who have been down the road with the director know that the destination is often less important than the journey itself, and here, de Bankole’s trip is marked by gorgeous photography (by Christopher Doyle) and Spanish locations, cryptic pronouncements on film, art and reality, an ominous drone score by Boris and cameos by an eclectic lineup of players, of which Swinton (in white wig and Stetson hat) and de la Huerta (in nothing at all, for the most part) appear to most relish their chances to play enigmatic ciphers. Arrow Academy’s Blu-ray includes multiple video essays on Jarmusch’s career and making-of featurettes.

Paul Gaita lives in Sherman Oaks, California with his lovely wife and daughter. He has written for The Los Angeles Times, LA Weekly, Variety and The Fix, among many other publications, and was a home video reviewer for Amazon.com from 1998 to 2014. He has interviewed countless entertainment figures from both the A and Z lists, but his favorites remain Elmore Leonard, Ray Bradbury and George Newall, who created both Schoolhouse Rock and the Hai Karate aftershave commercials. He once shared a Thanksgiving dinner with celebrity astrologer Joyce Jillson, and regrettably, still owes the late character actor Charles Napier a dollar.
View all posts by Paul Gaita →
This entry was posted in Movies and tagged Arrow Academy, Film Movement Classics, GKids, shout factory, Warner Archives Collection. Bookmark the permalink.