Offbeat L.A.: A Day at the Races- The Closing of Hollywood Park Race Track 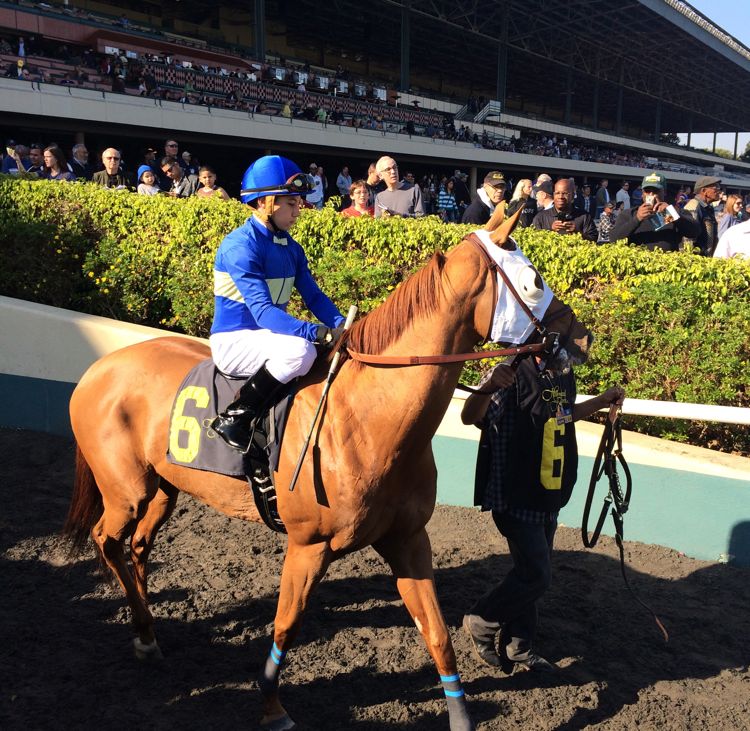 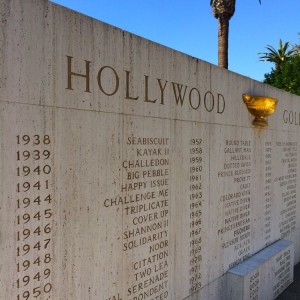 The sun set forever last Sunday over a real part of Los Angeles history. December 22nd marked the final day at Hollywood Park Racetrack in Inglewood, an old school landmark that had been hosting the ponies for 75 years. It is the sad ending of an era, going back to the grayness of the depression, when a day at the races was an outing, an adventure and a distraction from life’s complicated worries. Hollywood Park is yet another hapless victim of “development.” This legendary and iconic track will be razed for cookie-cutter housing and retail shops in an investor’s pathetic bid for homogeny. 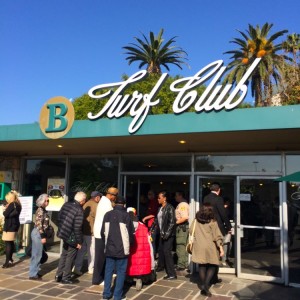 The Turf Club at Hollywood Park provided a classy, dress-code-only dinner club to its well-heeled members (photo by Nikki Kreuzer)

Built in 1938, Hollywood Park was the third and final horsing track to be opened in Southern California after Santa Anita (1934) and Del Mar (1937). Going to the races became one of the trends of the hardscrabble decade when the country needed hope and luck to survive a scary financial time. Before this, the beloved sport of horse racing in America had died a scandalous death after a string of race-fixing incidents caused many states, including California, to make betting illegal. In 1900 the United States had 300 working racetracks, but by 1908 only 25 were left. A chance to fill depression depleted coffers convinced the California legislature to legalize horserace betting in the Horse Racing Act of 1933, paving the way for the sport’s golden era. A total of twenty-one other states followed suit. 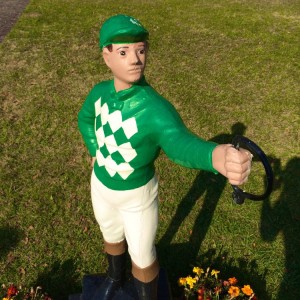 The first winner of Hollywood Park’s Gold Cup was the legendary horse, Seabiscuit, who’s monumental underdog wins inspired the grey skied, gloom-filled country into believing that miracles were indeed possible. Hope could prevail when the grandstand hosted Hollywood’s brightest shining stars  including Bing Crosby, Jimmy Stewart, Al Jolson, Cary Grant and others. In fact the original chairman of the park was Harry Warner of Warner Brothers Pictures. Throughout its 75-year history, Hollywood Park rode the wave of the times, closing briefly between 1942-1944 when WW2 turned it into a storage facility. Santa Anita during this time served as a Japanese Internment Camp, so things could have been much worse. 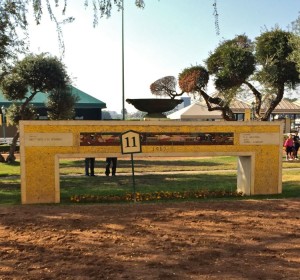 The grave of Native Diver, a winner of the Hollywood Gold Cup between 1965-67 (photo by Nikki Kreuzer)

Throughout the decades that followed the races ebbed and flowed in popularity. A fire in 1949 caused the clubhouse and grandstand, which eventually seated 10,000 people, to be rebuilt. The crowds would come out in droves, however, to follow “star” horses, like Native Diver, a Hollywood Gold Cup winner from 1965-1967, who was eventually buried at Hollywood Park. His monument will be relocated to the Del Mar track before demolition begins. Hollywood Park is also notable for being one of the favorite hangouts of the beloved drunken poet, Charles Bukowski, who thrived on the unpredictable thrill of the ponies. 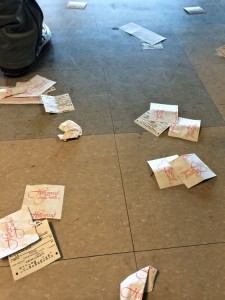 The park’s final day saw 13,000 visitors, double the amount of a normal weekend’s paid attendees. The gates were opened to free visitors after 2pm, so the final day’s count far exceeded that number. It is truly a sad day when we lose a part of Los Angeles history due to greed and the ridiculous idea that an upscale condo complex with generic shopping opportunities might better serve a community. Lovers of the offbeat, the historical and the kitschy things about our city can do our best to celebrate these places, but many will still disappear as time goes by. So get out of the house and cherish these places while they are still around. Love them, write about them, photograph them, film them… We are still lucky to have many gems so central and available. Do your part and go see them! 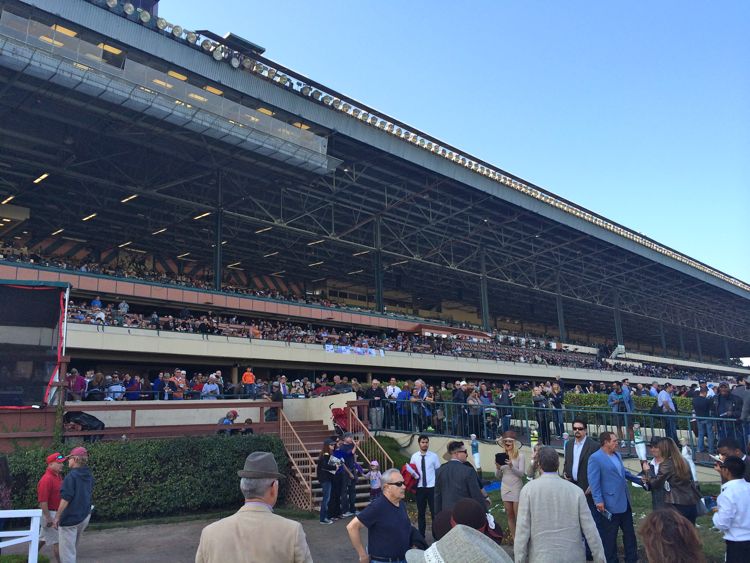 Nikki Kreuzer has been a Los Angeles resident for over 30 years. When not working her day job in the film & TV industry, she spends her time over many obsessions, mainly music, art and exploring & photographing the oddities of the city she adores. So far she has written 110 Offbeat L.A. articles, published at the Los Angeles Beat. As a journalist she contributes regularly to LA Weekly, Blurred Culture and The Los Angeles Beat and has also been published by Oddee.com, Twist Magazine, Strobe and Not For Hire. Nikki is also a mosaic artist, radio DJ and published photographer. Her photography has been featured in exhibit at the Museum of Neon Art, in print at the LA Weekly and is part of an upcoming show at the Neutra Museum in Los Angeles. She has recorded with the band Nikki & Candy as bassist, vocalist and songwriter, directing and appearing in the 'Sunshine Sunshine Santa Claus' music video for the band. She co-hosts the monthly radio show Bubblegum & Other Delights on Dublab.com. Her acting credits include a recent role in the ABC-TV show 'For The People', 'Incident at Guilt Ridge', 'Two and a Half Men', the film 'Minority Report' and 'Offbeat L.A.', a web series, written and hosted by Nikki Kreuzer. Her writing, radio and video portfolio can be found at OffbeatLA.com, her photography work @Lunabeat on Instagram and her music history posts @NikkiKreuzer on Twitter. Find Nikki & Candy music on iTunes, Amazon or at NikkiandCandy.com.
View all posts by Nikki Kreuzer →
This entry was posted in Miscellanious, Offbeat LA. Bookmark the permalink.

2 Responses to Offbeat L.A.: A Day at the Races- The Closing of Hollywood Park Race Track