The Black Lantern Knows the Future 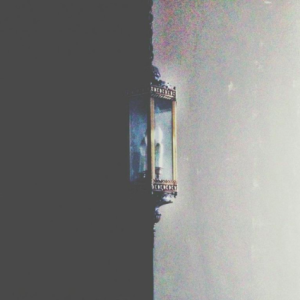 The Black Lantern from Long Beach, California, could be the punk version of Nostradamus. Unless of course they are speaking with confidence of their own future, which given the sounds and delivery on their debut album We Know The Future could be true. Their debut on Wiener Records is a unique mix of rock & roll with modern hardcore feeding off the energy and nostalgic, tried and true pace of punk. Thus they deliver sounds and notes unfamiliar to the educated ear. The Black Lantern is more than just punk or hardcore. Their music will leave a memory in your head, and their show will leave an imprint on the ear.

Southern California natives, guitarist Andy Prickett and drummer Jesse Nason had been in similar musical circles for years before coming together in 2012. Sharing a love of aggressive melodies and a strong focus on creative and emotional song writing the duo agreed on one main goal: convince powerhouse vocalist Wendy Faraone, also Jesse’s wife, to join. After the initial jam session was recorded, Andy and Jesse were terrified their choppy demo wouldn’t make the grade with Wendy’s high standards. Luckily, to their delight, shock and relief the first cut of tracks immediately got her attention instead of scorn. She only ‘sounds like’ hell hath no fury on the released version. This chain of events formed the blueprint of what was to become L.A.’s one and only post-hardcore-meets-punk-anarchy band. A fun fact that easily convinced bassist Russell Crain to join, completing the lineup.

Their writing and recording process is anything but normal favoring the live energy vibe encouraged by reckless rehearsals and attitude, though they presumably leave the blood shedding for the live show. The candidness and raw moments caught in studio are what they were born to do. Then they get to show it off to the world.

This philosophy and approach in creation blends and bleeds into the bands artwork and online media presence. Focused on keeping an independent tone free of outside influence and regulation this collective thought process is the root of the raw sound that they create and unlike anything else in current music. Their live shows follow their studio ethos, or until they need medical attention. No sexy small talk, just emotional chaos and well-timed noise.

To keep the novelty and remain frontrunners in their own scene, as a ‘social’ statement they do not have a Facebook profile (gasp). Relying on oldschool word of mouth — in a sense (they have other social accounts) but not quite going the tape trading route. This further supports their bare bones honest approach to the creation and performance of their art, reflected in everything done as a band.

We Know the Future is a mix of pop, hardcore and punk with atmosphere and vintage influences. Faraone’s vocals give a loud, harsh delivery while finding a unique swaying middle-ground between Courtney Cox and Lacey Sturm (former Flyleaf).

“Black Light” has a systemized pop beginning with synchronized drums giving a mechanical sound to the instruments. “I know you don’t know” has a vintage 80’s feel in the fast paced rhythm, with an almost Cure-like sound in the guitars and atmosphere. “Anthropomancy” gives off an industrial vibe with its grungy groove claw prints in the ground and “Helicopter” has an odd Jane’s Addiction feel to it.

They cover one of Huey’s best drug numbers, delivering a dose of 80’s power pop and giving it a punk bitch slap.

Listen to a sample here.