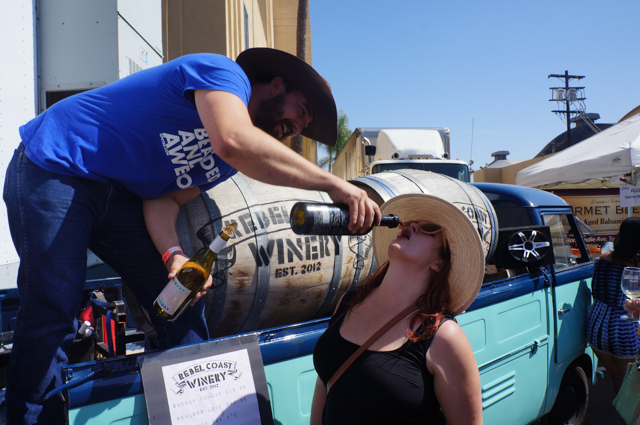 All hell breaks loose at Rebel Coat winery during LA Wine Fest. All photos by Bob Lee for the Los Angeles Beat.

Winos of both pro and amateur status, take note – LA Wine Fest is back, and Saturday’s event was a celebration of all things grape-related. A gentle afternoon breeze was taking the edge off the baking sun as we arrived, and the libations on offer were astounding and abounding.

Of the brands I sampled, I was most impressed by three reds from the Cielo winery in Malibu: the rich, jammy Blackbird red blend from their “Woodstock series,” a gentle but slightly spicy Syrah, and a Merlot blend called Malibu Rouge. Cambria vineyards offshoot Byron had one of the nice Pinot Noirs I have had lately – “softer, sexier than most pinots” was how my hostess described it, and indeed it was.

The event was crowded as usual, but has expanded to an even larger space inside Raleigh Studios, so it was easy to get what you wanted without a lot of waiting around. Lines and prices at the available food trucks – mostly mainstays like the Grilled Cheese Truck, Cousins Maine Lobster and Tainamite –  were generally reasonable. (We’re not sure sure what happened to the Kogi truck, which had already stopped serving by the time we found them around 2:45). The only significant line I noticed all day was for Stella Artois – there always is one at these events – while you could walk right up to the King Harbor Brewing window and get served fine local IPA and Stout.

The event continues on Sunday, and if non-stop tasting of exotic and delicious things appeals to you, we recommend checking it out. Tickets are $85 dollars for Sunday and are available on Eventbrite until 8pm Saturday. 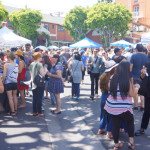 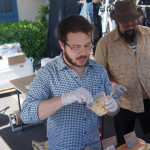 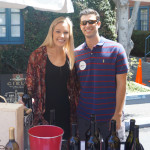 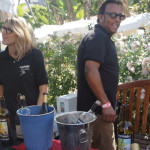 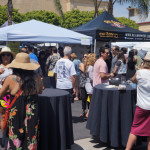 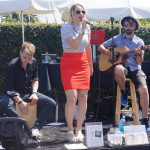 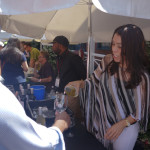 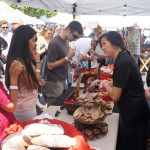 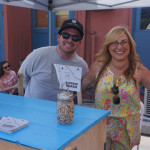 This entry was posted in Events, Food, Upcoming Events. Bookmark the permalink.