The Donut Man is Worth the Drive 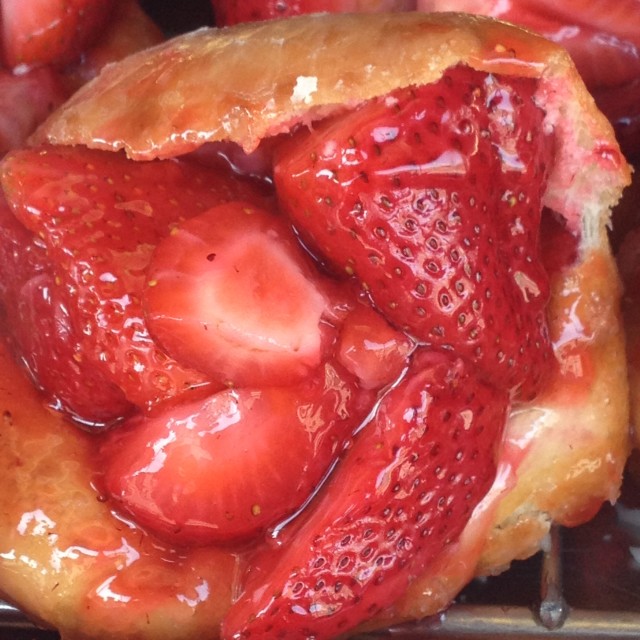 Glendora has made some questionable contributions to the world — Vince Neil and motivational speaker Tony Robbins, for example. But Glendora also produced The Surfaris, Misty Rowe of Hee Haw fame, and the founders of In-N-Out Burger. But perhaps the single greatest achievement of “the pride of the foothills” is The Donut Man’s strawberry donut.

Jim Nakano, aka The Donut Man, along with his wife and business partner, Miyoko, has been slinging his special fruit-filled delectables for over 40 years along the Western edge of Route 66. Elvis was one early fan, and Jim has been interviewed by the likes of Huell Howser and Alton Brown.

The strawberry donut, which has become a thing of legend, is a kind of a cross between a glazed donut and a strawberry pie. A delicate, sweet donut (like those used for jelly donuts) is halved and stuffed with fresh ripe strawberries and a sweet glaze. At first glance it looks so daunting you don’t expect to finish it, but suddenly it is gone and you wish you had ordered more. Strawberry donuts are in season from January until October. When they first appear, the demand is so great that the little shop can only sell strawberry donuts to the exclusion of all other donuts.

Almost as exciting are the peach-filled donuts, which will be coming out in early summer. When neither strawberry nor peach donuts are in season, the most popular donuts are the tiger tails, 12-inch long twists with a ribbon of chocolate. The trick to making them is covering half of a rectangle of dough with the chocolate, then folding it over to enclose the chocolate before cutting and twisting the individual donuts. Other delicious filled donuts are the apple and the lemon.

Besides using only the freshest fruit and ingredients, The Donut Man’s popularity is due to the donut itself. The potato flour makes for a lighter donut, and the dough is carefully fried in shortening to avoid greasiness. Not only are the donuts made fresh every day, the turnover is so high that they sell donuts practically straight out of the fryer.

The donuts are reasonably priced between 90-cents for a standard donut and $4 for a fruit-filled donut. The shop is open 24-hours a day and has become a mandatory stop for music fans returning to LA from a gig at The Fox Theater. It is also a nice break when driving back from Palm Springs or Vegas. But it is worth driving any distance for the best donut in LA. So get your kicks on Route 66. 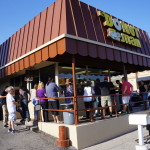 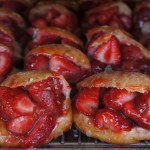 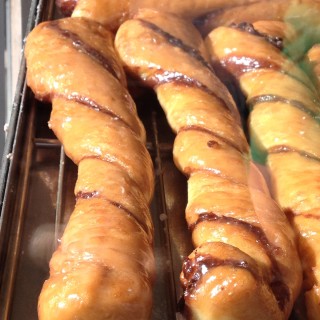 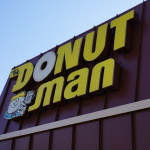 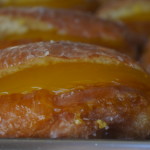 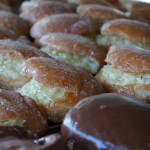 Born and raised in the great city of Los Angeles, this food, culture and music-loving punk rock angeleno wants to turn you on to all that is funky, delicious and weird in the city. While Elise holds down the fort, her adventurous alter ego Kiki Maraschino is known to roam the country in search of catfish.
View all posts by Elise Thompson →
This entry was posted in Food and tagged best donuts in LA, Glendora donuts, peach donuts, Route 66, strawberry donuts, the donut man. Bookmark the permalink.

2 Responses to The Donut Man is Worth the Drive