Vanguards of History: The KMPC Transmitter 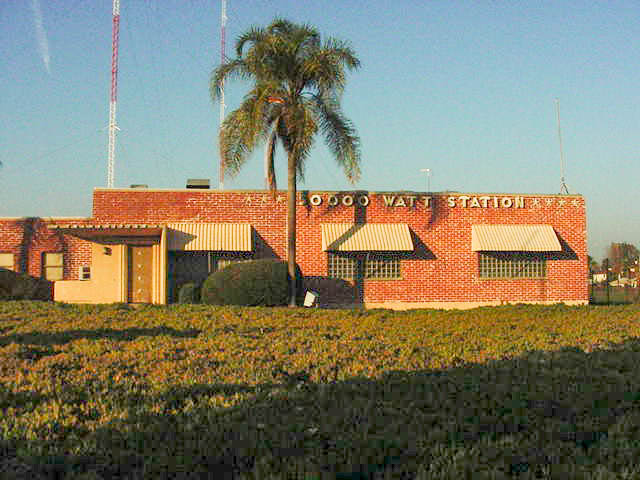 Does a building have a soul? Or is a building simply a collection of walls and floor designed to house a collection of people and nondescript cubicles? Is it function over form? Perhaps…but if you look at the designs of yesteryear, there is something more there than just a structure. In a bygone era, architects put something more into their designs; they put their hopes for the future and their expression of the times into their designs. Buildings were as much an expression of who we were as a people, as they were a container to hold us. In that sense, buildings had soul.

In many cases, they continue to stand amongst us, bearing silent witness to the passing of time and in some cases suffering the silent ignominy of having been converted into the latest frozen yogurt stop, or another cellphone store. Better that than falling to the wrecker’s ball though!

Unless you have an eye for these wonderful portals into our predecessor’s dreams, you pass them by on a daily basis, giving them less thought than you do to the person in front of you in traffic sitting there texting at a green light.

I must be talking about the Wilshire corridor, a place where the most famous collection of Los Angeles’ art deco building remain, right? The San Fernando Valley? It never had any soul did it? It’s just a collection of strip malls and asphalt, right? The answer to that is a resounding no! The San Fernando Valley was (and is) a place where architects, free to experiment, were able to exercise their wildest dreams. This series will attempt to highlight some of them. 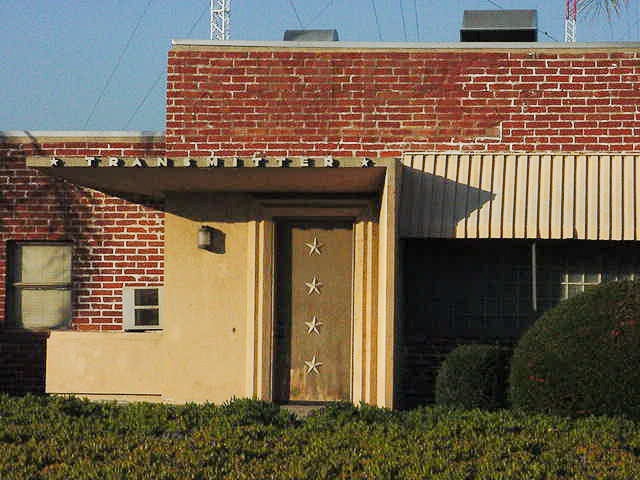 This gem of a building was a fine example of California Art Deco. Sadly, it fell to the wrecking ball in favor of a more efficient machine built to broadcast sports via the ESPN network. Originally used by KMPC (the “MPC” stood for McMillan Petroleum Company), this building was originally a 10,000-watt transmitter, upgraded to a 50,000-watt transmitter in 1947. I’ll skip the tech details, but at the time it was considered state of the art. A great example of form following function, this building actually had the words “50,000 WATT STATION” emblazoned on it. It said what it did, and did what it said. One of the most notable points of interest; it was at this very building the term “Sig Alert” was born, named for the Director of Engineering Lloyd Sigmon. Many pages on the Internet have been devoted to this building, just google “KMPC transmitter”.

Ivor Levene likes to interview musicians, write about music and musicians, play music, listen to music, read about music, photograph musicians, and anything else you can think of with music. He has been involved with the music scene for over thirty years and his posts have appeared all over the place! Ivor says "I'm going to write about music as long as I have something to say".
View all posts by Ivor Levene →
This entry was posted in Photo Essays. Bookmark the permalink.

2 Responses to Vanguards of History: The KMPC Transmitter