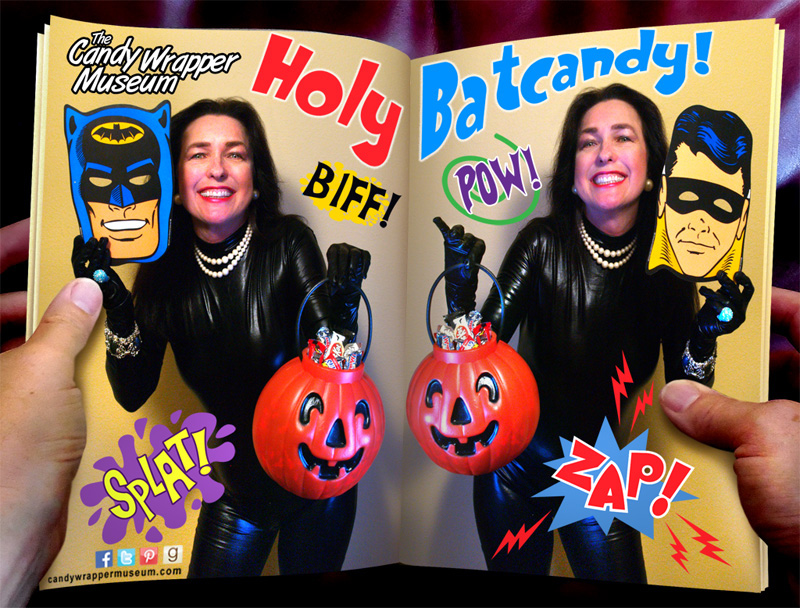 It’s hard to believe it’s October already, and that we’re cruising into the holiday season. It seems like just yesterday when it was summer with clear blue skies and blistering temperatures around 100. Oh, wait—that would describe today.

For those of us participating in Halloween events, now is the time to start pondering the eternal question: what to dress up as? Fortunately for me, I have answered this question by donning my reversible Batman and Robin BatMask! This was a trick-or-treat giveaway from GE-TV back in the BatDays of 1966. All an intrepid youngster had to do was convince his or her father, mother, aunt, uncle, grandmother, or grandfather to go to one of Southern California’s many (now defunct) department stores and at least feign a passing interest in buying a GE Porta Color TV or similar. 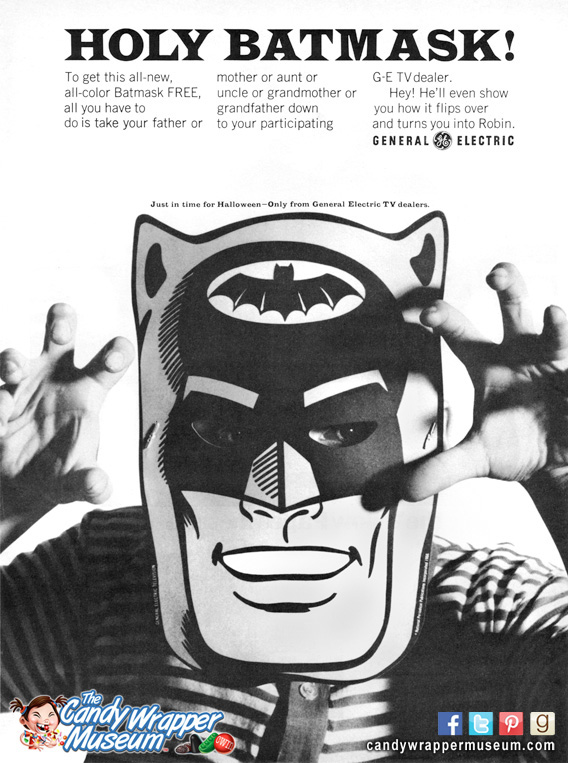 It’s pretty obvious to me that any kid would rule on Halloween night in that mask. The candy would just come flowing into his or her treat bag. Most every former trick-or-treater has a memory of a favorite costume or Halloween night. Tune in to Sweet Talk’s next column on the LA Beat shortly before Halloween to see a gallery of photos of Trick-or-Treaters Past! 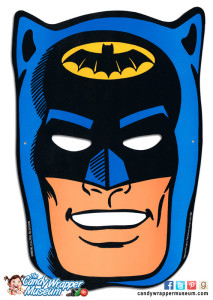 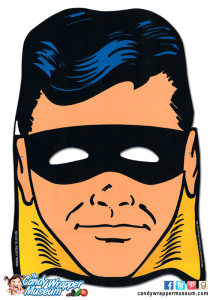 Darlene is the author of "Classic Candy: America's Favorite Sweets, 1950-80" and curator of the Candy Wrapper Museum, which is comprised of her personal collection which she began as a teenager in the 70s. The CWM has been featured in numerous TV shows, magazines, newspapers and blogs, and made its art gallery debut in 2010 at the Scion Space's "Palate" show.
View all posts by Darlene Lacey →
This entry was posted in Television and tagged Batman TV, Darlene Lacey, Halloween candy, Sweet Talk, trick-or-treat, Vintage Candy. Bookmark the permalink.