“Eyvind Earle: An Exhibit of a Disney Legend” 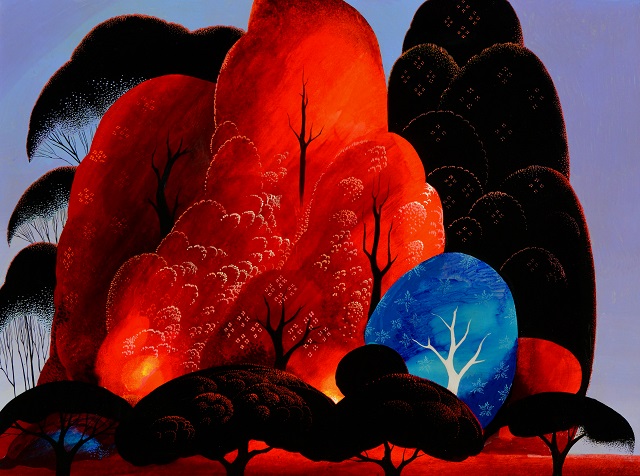 Beginning May 20th, Forest Lawn will host “Eyvind Earle: An Exhibit of a Disney Legend,” featuring paintings and drawings by the artist celebrated for creating the magnificent look of “Sleeping Beauty.” During his time at Disney, Eyvind Earle (1916-2000) also painted backgrounds for movies like “Peter Pan” and “Lady and The Tramp,” but with “Sleeping Beauty,” he created an entirely unique, highly detailed world, using pre-Renaissance Gothic motifs combined with elements from Persian miniature paintings and Japanese prints. Earle also painted the dioramas in the Sleepy Beauty Castles at Disneyland and Disneyland Paris.

Otherwise known for his atmospheric, ghostly landscapes, Earle’s personal work is owned by the likes of Guillermo del Toro, Peter Jackson and Dean Koontz. The poet William Carlos Williams commissioned a 13-by-6-foot painting from Earle called “View Under the Bridge,” which is currently on view at the World Trade Center.

(More pictures after the jump) 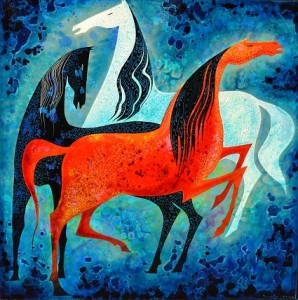 Earle had an unusual childhood in that he was actually kidnapped by his father at the age of 10 when his parents divorced. His dad took him traveling around the world for 4 years, and gave him the option of reading 50 pages of a book everyday or painting a picture everyday, but Earle chose to do both. He returned to his mother in L.A. as a teen, dropped out of Fairfax High and later bicycled his way to New York City, earning his living by painting. He sold his first piece to the New York Metropolitan Museum of Art at just 23 years old.

The free Forest Lawn exhibit includes 65 works and will run through June 1, 2017.

Simone Snaith writes young adult and fantasy novels, and sings in the band Turning Violet. A fan of scifi, fantasy, the supernatural and most things from the '80s, she enjoys reviewing music, books and movies. You can read about her own books at simonesnaith.com.
View all posts by Simone Snaith →
This entry was posted in Art, Events, Miscellanious, Movies, Upcoming Events and tagged disney, eyvind earle, forest lawn, Landscapes, paintings, sleeping beauty. Bookmark the permalink.