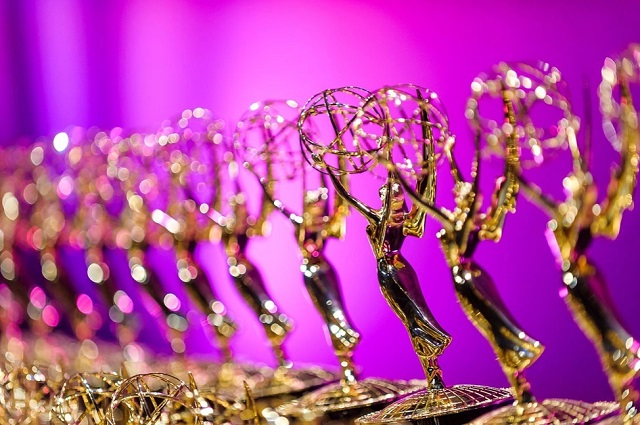 The National Academy of Television Arts and Sciences (NATAS) enterprisingly announced today that the 43rd Annual Daytime Emmy ® Awards is currently available for viewing at:

Having been recorded in a most cutting edge method this year, NATAS engaged in a bold move to initially air the awards in most interactive fashion via Periscope/Parachute TV—including backstage live coverage via facebook, instagram, and Twitter and has now made said ceremonies indelibly available on everybody’s favorite independent internet network: YouTube!

An exciting era in the timeframe of all innovative televised media, Bob Mauro, President of NATAS had this to say: “Sunday’s Daytime Emmy Awards show exceeded our expectations in every way. With Mario Lopez (EXTRA), Nancy O’Dell, and Kevin Frazier (ET) as our super-presenters and the incomparable Rita Moreno welcoming our Lifetime Achievement honoree, Sonia Manzano , ‘Maria’ of Sesame Street, it was an exciting evening for Daytime television and it is our pleasure to share the program in its entirety with the Daytime community, the fans and the entire entertainment media industry!”

For even MORE information, please visit:

Jennifer K. Hugus was born at a very young age. At an even earlier age, she just knew she would one day write for the LA Beat! Having grown up in Massachusetts, France, and Denmark, she is a noted fan of Asian Cuisine. She studied ballet at the Royal Danish Ballet Theatre and acting at U.S.C. in their prestigious BFA drama program. She also makes her own jewelry out of paints and canvas when she isn’t working on writing absurdist plays and comparatively mainstream screenplays. Jennifer would like to be a KID when she grows up!
View all posts by Jennifer K. Hugus →
This entry was posted in Miscellanious, Television and tagged 43rd Annual Creative Daytime Emmy Awards, 43rd Annual Daytime Emmy Awards, Daytime Emmy Awards, Daytime Emmys, Daytime Television, Emmys, Multimedia, YouTube. Bookmark the permalink.