Pet Sounds at The Hollywood Bowl 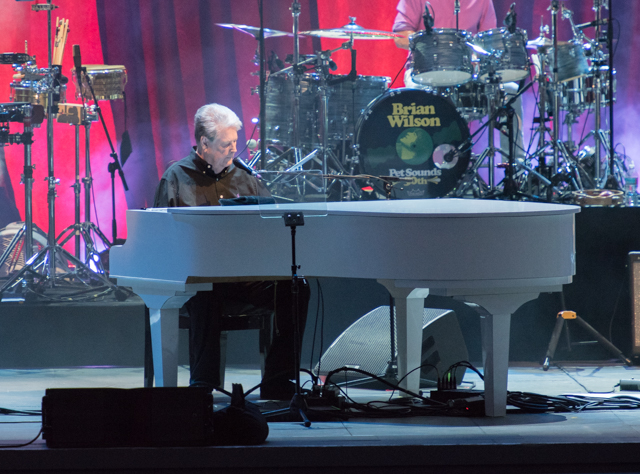 Last night was a historical night for music lovers in Los Angeles. Brian Wilson played The Hollywood Bowl to a sold-out crowd, but this wasn’t a Beach Boys concert.  Wilson played the entirety of Pet Sounds, and rounded out the set with some popular Beach Boys songs.  You could almost say that this was a pair of concerts, with Brian’s music dropped in against the backdrop of Pet Sounds, because that’s essentially how the album was originally envisioned and recorded by Brian. The rest of the Beach Boys essentially hated this when it was released, but then they weren’t thought of the same way Brian was, as a musical genius.

To put Pet Sounds in perspective, think of every single group that you’ve ever loved.  Now, if you can, pick their most seminal album.  Then, try to gauge the amount of influence that album has had on popular music.  I can come up with a couple, maybe three at best.  So to put last night’s show in perspective, how many of those artists are still around, and are going to go out and play said album in its entirety?  Not too many, right?  The last time this was done was when The Rolling Stones played The Fonda Theater in May 2015 and played all of Sticky Fingers in its entirety.  That should give you some perspective on last night’s show. One word…Rare!

Pet Sounds, first released into the mainstream of public consciousness in 1966 is widely regarded as being the most influential album in the history of popular music, so much so that Sgt. Pepper was inspired by it.  I don’t think there are too many people who haven’t heard this, and whether you were a fan of Pet Sounds or not, you cannot debate the amount of influence it had.

Last night’s show was something of a homecoming for Wilson, as he had remarked in his 2009 interview with our own Bob Lee that The Hollywood Bowl is one of his favorite audiences.  That, combined with Pet Sounds having been recorded a short distance away comes together in a perfect storm of music that could only be presented at The Bowl.  I can’t even imagine a show of this magnitude taking place anywhere else.

The show opened with “Our Prayer,” which many may remember as the same introduction used for the Rock Hall’s 25th anniversary concert, an instrumental which wove its magic through the evening air and set the tone for the night ahead.  The evening was divided into three separate acts; Act I was composed of the non-Pet Sounds numbers, Act II was Pet Sounds in its entirety, and Act III was the encore.  Pet Sounds was framed perfectly by a fusillade of Beach Boys’ hits, but this was definitely not a nostalgia show. The audience at first seemed subdued, but on second glance, they were quiet out of respect and awe for what they were witnessing.  There were a few standing ovations, and at one point Wilson sheepishly asked the audience to “have a seat.”

Wilson spent the entire show seated behind a pure white grand piano, but there was nothing missing. Between Al Jardine and Blondie Chaplin’s guitar work, Probyn Gregory’s Theremin, and harmonies provided by Al’s son Matt, it sounded like there were at least half as many more musicians onstage. Tony Asher, the lyricist for Pet Sounds came out and played tambourine for the encore.

“I Just Wasn’t Made For These Times,” introduced as a “social statement,” its plaintive wail echoing off the hills, saw the bowl flanked by American and Californian flags at half mast, as a nod to the strife that surrounds us today as it did in the ’60s when Pet Sounds was created.  Brian ended the show with “Love and Mercy,” remarking “There’s a lot of people out there getting shot and it really scares me.  Love and mercy is what we need tonight.”  And with that, the show ended, the music drifting off into the evening air.

Wouldn’t It Be Nice
You Still Believe in Me
That’s Not Me
Don’t Talk (Put Your Head on My Shoulder)
I’m Waiting for the Day Let’s Go Away for Awhile
Sloop John B
God Only Knows
I Know There’s an Answer
Here Today
I Just Wasn’t Made for These Times
Pet Sounds
Caroline, No
Good Vibrations 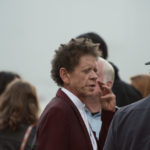 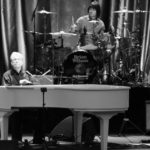 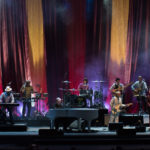 Ivor Levene likes to interview musicians, write about music and musicians, play music, listen to music, read about music, photograph musicians, and anything else you can think of with music. He has been involved with the music scene for over thirty years and his posts have appeared all over the place! Ivor says "I'm going to write about music as long as I have something to say".
View all posts by Ivor Levene →
This entry was posted in Music and tagged brian wilson, hollywood bowl, the beach boys. Bookmark the permalink.

One Response to Pet Sounds at The Hollywood Bowl