G. Brian Benson’s “Steve the Alien” Arrives Just in Time to Abduct your Child’s Holidays and Inspire His or Her Mind!!! 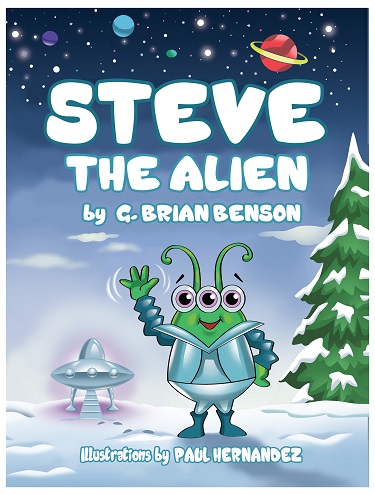 Ever wonder if aliens travel to distant planets on scavenger hunts just because they can? Do they have an anatomy similar or different from ours, or just simply more of the appendages we currently take for granted as being enough—when little do we know, we could have so much and so many more… And their feet, would we take the same shoe size or would we have too few toes (including that burgeoning bunion we’ve currently been nursing) to even rival the width of the alien foot!?!

Ever imagine in a million years, rather than wrestling the dog for your homework, you might actually blame any and all scholastic tardiness on an alien landing to subsequent conversation?—To speak nothing of a tete-a-tete to rival any ever embarked upon by Elliott and E.T. (as the alien in this book, ironically impeding our human protagonist Zeke from further academic excellence, has been schooled widely enough to know Humanese and English Humanese to boot!)

Well, Los Angeles based author, actor, and motivational speaker G. Brian Benson has been ruminating upon these very concepts and so very much more in his latest project and first children’s book, “Steve the Alien!”  Part “T’was the Night Before Christmas,” 1/3 “Close Encounters of the Third Kind,” combined with a Bizarro World “Cinderella/Cinderfella,” this tale is just what the doctor ordered, podiatrist or otherwise, to gently lull you and your child to inspiration and insight this holiday season! Set completely on a snowy tableau, via illustrations by Paul Hernandez, this book fits the bill perfectly! Moreover, this is the first alien invasion, or would that be Play-cation, account I have ever witnessed that takes place amidst mounds and piles of snow and pine trees! 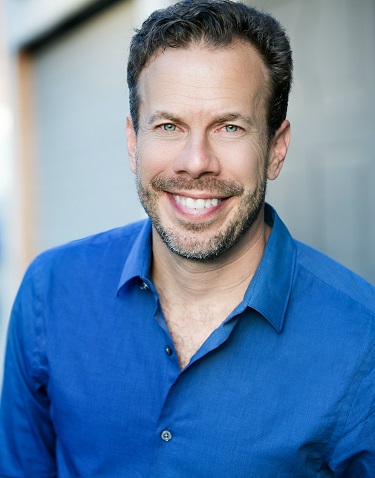 Written in rhymed couplets, the story flows like the most buoyant account of well…a boy, an alien and his shoes–With stanzas like this, how can you miss?!?!

“I’ve been to twenty-one planets and five different stars

When I leave here from Earth, my next stop is Mars.

But to answer in miles, I haven’t a clue,

I finally stopped counting at five billion and two.”

See how that syncs?  See how that grooves—and all from this alien without any hooves! Wait—WHAT?!!?

The idea for the book itself along with the writer’s observations are a tale in and of themselves to behold, and this gentle reader had the good fortune of briefly catching up with our emboldened writer for a spell of scintillating questions which eventually took the form of enlightening answers:

How did you come up with the idea for “Steve the Alien”?

To be honest I am not exactly sure. It’s been quite a while since I embarked on the Steve odyssey.  I started writing “Steve” way back in 2004 and got stuck halfway through…not really sure how to finish the story.  So I set it down and 3 years later in 2007 I got inspired to finish it and magically the rest of the story just kind of wrote itself.

Why the name ‘Steve’?

Hmmm…I thought it would be a fun name for an alien.  I mean it is such a common “human” name that folks might get a bit of a laugh from that.  I could have gone with something like Zork but I don’t think it holds the same energy or cuteness that Steve does.  It’s also interesting to see throughout the book the commonalities between “Steve” and the boy named Zeke that he meets.  Even though they come from different planets they live very similar lives. 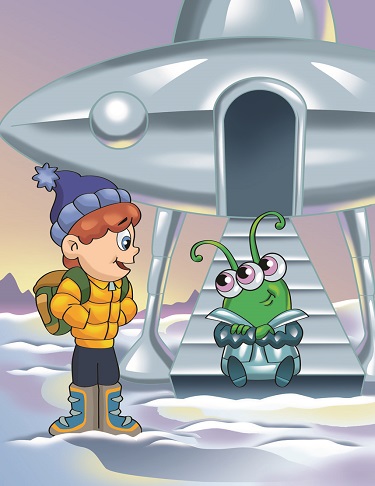 Ever seen a UFO or had an encounter?

I have not seen a UFO in a typical sense…although I had a very odd experience once while sleeping. You are going to think I am crazy but I awoke to having something hover above me like it was watching me.  It was about the size of a basketball and had a number of rotating colorful spheres.  As soon as it realized I was watching it moved through the wall into my bathroom area…I hopped out of bed to follow it in there but it had disappeared.  True story.

Think we will make contact with ETs within our lifetimes…?

Hmmm….possibly.  Although I am not a conspiracy theorist or anything like that, nor do I spend anytime thinking about it or researching UFO culture, I think that we are not the only ones out here in space.

Any plans for a sequel to “Steve the Alien” or another children’s book?

Absolutely! I would love to write a sequel to “Steve the Alien” and just the other day came up with a possible story line.  I also have many other stories with unique characters that are pretty much ready to go!

Moreover, and as an update, said book made Amazon’s #1 Best Seller list on its very first day of sales if that tells you anything!

For more information on our illustrious author, please click:

Jennifer K. Hugus was born at a very young age. At an even earlier age, she just knew she would one day write for the LA Beat! Having grown up in Massachusetts, France, and Denmark, she is a noted fan of Asian Cuisine. She studied ballet at the Royal Danish Ballet Theatre and acting at U.S.C. in their prestigious BFA drama program. She also makes her own jewelry out of paints and canvas when she isn’t working on writing absurdist plays and comparatively mainstream screenplays. Jennifer would like to be a KID when she grows up!
View all posts by Jennifer K. Hugus →
This entry was posted in Books, Interviews. Bookmark the permalink.