A “Killer” Show At The Greek 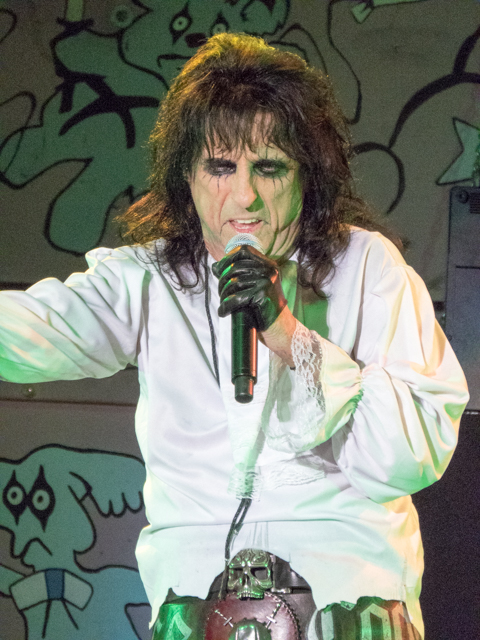 Last night was one of those rare occasions for me when I decided to just show up at a show on my own dime, enjoy it (which for me consists of watching the entire concert through the camera’s viewfinder), and take in the whole scene.  What a scene this was, before the performers even took the stage.  It seemed like there was some sort of convention going on, almost a competition between people in black shirts and people in purple shirts.  This was the night where they teamed up Deep Purple, Alice Cooper, and Edgar Winter.  It sounded promising, and I decided to pick up a seat on the open market.  Luckily, there was a ticket drop the day of, and I picked up some “killer” seats right down front.

I figured this was going to be a promising night as I lined up for entrance when I spied a couple ahead of me dressed as…?  One guy seemingly was trying to do his best to turn himself into a kind of human roadkill, naked save for a thong covered by a giant squirrel-tail and covered by tire-tracks.  I guess he was acting out “Under My Wheels”.  Either that or he just ran out of meds.  His partner in the line was dressed as some kind of Mad Hatter meets Gene Simmons.  I know, Alice Cooper wears a top hat as part of his performance.  Still, I wasn’t quite sure what the box of “Tricks” affixed to his head represented, I’m sure someone will fill me in here.

The show opened with Edgar Winter who put on such a solid and entertaining show, I almost wondered why he was the opening act.  I ran into Edgar a few weeks back at Ringo’s birthday bash and thought “his performing days are over, he looks kind of frail”, but after last night, I’m going to assume he was just as overcome by the heat that day as I was.  Last night, he was all over the stage sporting the kind of energy I hope I have when I reach his age.  He peeled off the hits one after the other, demonstrating his prowess on keys, saxophone, and vocals with the energy of a much younger Edgar.  There was even a bit of history when he informed the audience that he was “the first person ever to attach a strap to a keyboard and play it standing up”.  I always say “I love opening acts, they open your mind”.  I think Winter really nailed it.

Next up was Alice Cooper, for me the main event.  When I found out that ‘Coop’ was going on BEFORE Deep Purple, I didn’t get it.  Alice has been performing steadily since the beginning, this was no nostalgia tour.  Deep Purple on the other hand, has been retired, reunited, retired, reunited, struck by the death of a member, etc.  But I’ll leave the debate as to who should have gone last to you.  Actually, I was happy that Cooper went on next because it meant I could leave early if I wanted too.

I’ve seen Alice Cooper before, but it’s been a long time (1980), and back then he had no inclination to play all his hits.  He was touring on Flush The Fashion because that was the way it was back then, no oldies act.  Not to say last night was just an oldies act, because he did play “Paranormal” and it went over well.  Don’t get me wrong, I love it when an artist goes through their history and plays it all out.  Last night was pure rock theater, the quintessential Alice Cooper.  It had everything, Cold Ethyl as a mannequin being abused, Feed My Frankenstein with Alice being transformed electrically into the monster, Alice stabbing his “love interest” during “Only Women Bleed” and subsequently being sentenced to death by guillotine for the act and so on.  During “School’s Out” he fused “Another Brick In The Wall” into the song, probably at the direction of Bob Ezrin, one of the greatest producers ever!

All theatrics aside (which were great) I have to say that Alice can still bring it vocally.  During “Only Women Bleed”, there’s no room for any augmentation and if there were cracks in the vocals, they would have showed at this point, but there were none.  Alice’s voice is as clear and smooth as it always was.  Overall a fabulous show, one that I could not find a single fault in, and I can usually find a fault or two.

I don’t have much to say about Deep Purple, but I was glad that they went on last, because I did want to beat traffic and well….  I love Deep Purple, or at least I used to.  This was THE group that initially made me want to play bass guitar, there was always something special about the bass work in their songs.  Last night just kind of left me a little flat for them.  Maybe it was the constant discussions by the audience; “didn’t one guy die”, or “is Richie Blackmore still in the band”.  The fans seemed to not know who they were there to see.  To me, it’s just not deep or purple enough without Blackmore, and really the sound of Purple was the B3 organ, it defined Deep Purple.  Jon Lord is gone.  There were still three original members from the “classic” lineup, Ian Paice, Roger Glover, and Ian Gillan but for some reason, I just wasn’t into it.  A lot of the audience got up and left right after Alice went off, so I obviously wasn’t alone.

But hey, when you have three mega talents like Winter, Cooper and Purple at the same show, there’s something for everyone and you really can’t complain. 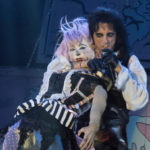 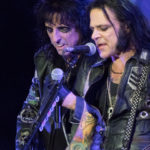 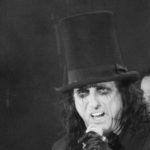 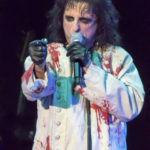 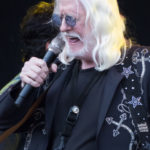 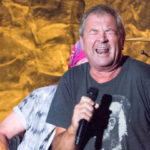 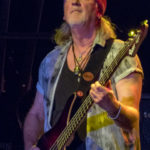 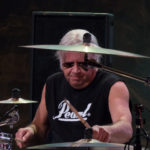 Ivor Levene likes to interview musicians, write about music and musicians, play music, listen to music, read about music, photograph musicians, and anything else you can think of with music. He has been involved with the music scene for over thirty years and his posts have appeared all over the place! Ivor says "I'm going to write about music as long as I have something to say".
View all posts by Ivor Levene →
This entry was posted in Music. Bookmark the permalink.

2 Responses to A “Killer” Show At The Greek