Posted on September 3, 2018 by Elise Thompson 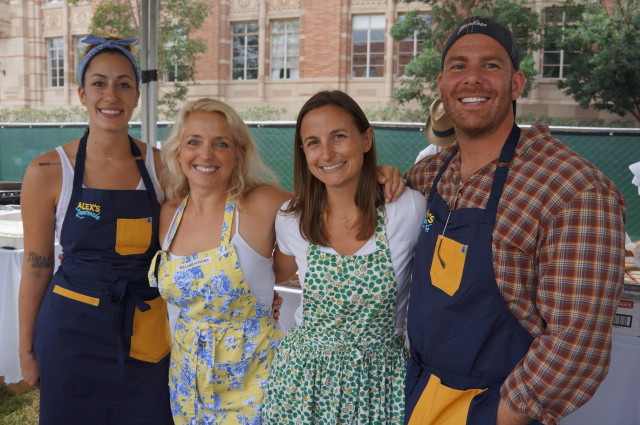 We have just had two straight weekends of food events, and it’s understandable that they might all seem to run together. But Alex’s Lemonade has a special place in our hearts. This annual event, now in its 9th year, carries on the spirit of Alexandria “Alex” Scott, a little girl with cancer whose front yard lemonade stand grew into a foundation that raised over a million dollars during her lifetime.

Alex’s Lemonade Stand Foundation (ALSF) now hosts food events around the country in her name. LA Loves Alex‘s Lemonade is one of the biggies, with world-renowned chefs and mixologists coming together to raise money for children’s cancer research, and to provide support to families affected by childhood cancer. To date, LA Loves Alex’s has earned more than $5.8 million dollars for the charity.

In addition to the food, wine, and cocktails, there will be children’s activities, as well as silent and live auctions. Alex’s Lemonade has a special family feel. Chefs bring their own kids, guests are encouraged to bring theirs for free (12 and under), and some of the children benefitting from the charity are also invited, making it feel like one big block party. Get into the groove by wearing yellow and blue. Lemon patterns get you bonus points for enthusiasm.