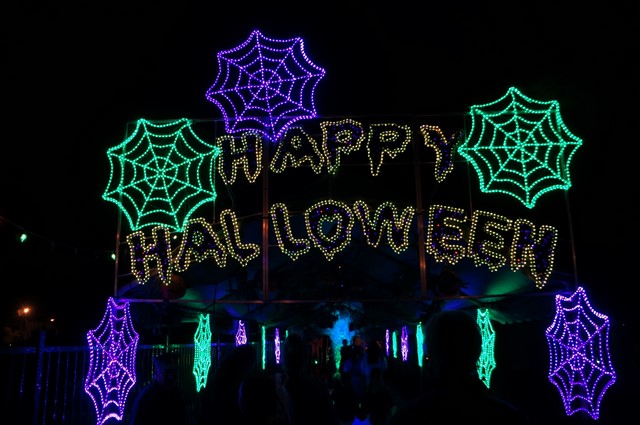 All Photos by Elise Thompson for The LA Beat

Miniature trains tap into something warm and familiar in our psyche. Along with the pony ride and the Merry-Go-Round they are our first introduction to amusements and outings with the family. Hence they will never go out of style, even if we grow up to demand more thrilling experiences like roller coasters. Every October, nestled in the supposedly haunted hills of Griffith Park, about a mile from an actual Cemetery, is the Halloween equivalent to taking the kids out for a drive to see the Christmas displays and community lights.

Every October the 13-acre layout of The Los Angeles Live Steamers Railroad Museum gets decked out in creepy eye candy suitable for anyone, from those barely taller than 34-inches to your dyed-in-the-wool Hollywood “Goth” type. The 7 and 3/4 gauge “Ghost Trains” slowly chug by tableaus ranging from giant inflatable spiders to a medieval castle protected by a fire-breathing dragon, most of which are more fun and cartoony than scary.

This annual tax-deductible fundraiser keeps some of the old favorites, and slips in some new set pieces as well. The pirate skeletons have now been joined by many more of their boney cronies, and my personal favorite–the rabid trash pandas–have returned. The scary zombies behind a chain link fence have been removed and replaced with an elaborate steampunk-looking scene involving a large prop and several projections. Also new this year is an animated “Dinosaur Park” and a brief Frankenstein set piece, where if you listen closely, you can hear Gene Wilder exclaim “It’s alive! It’s alive!”

One of my favorite sections was scrapped this year to make way for the new walk-through attraction of Boney Island, located on the property’s West End Bowl, which the train trestle overlooks. While I enjoy Boney Island, which is now on its own here, I found it to be an intrusion on the trains darker ambiance. However, if you’re not planning on spending the extra cash on Boney Island, it’s a good way to get a sneak peek.

The 23-minute slow ride around the tricked-out grounds will cost you $20.00 per rider. Some height and weight restrictions apply. You will need to be able to sit straddled on a low bench-like railroad car with no handrails. [I asked if anyone ever fell off, and the volunteer boasted, “We haven’t lost one yet!” -Ed.] The Train makes its rounds from 7;00 to 10:00 PM on Friday, Saturday and Sunday, plus and Tuesday the 30th and Wednesday the 31st. We recommend buying the pre-paid ticket and arriving around 9 P.M. for the shortest wait.

GET YOUR TICKETS HERE! 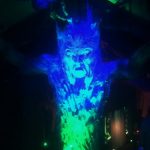 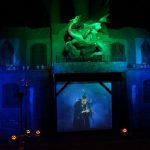 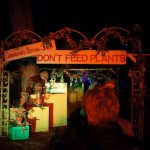 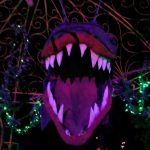 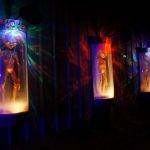 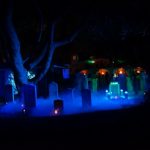 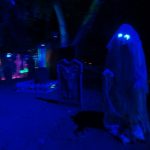 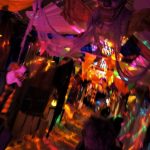 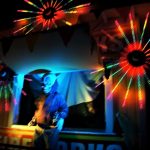 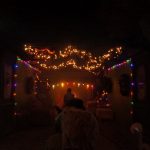 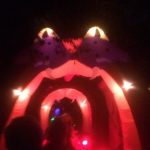 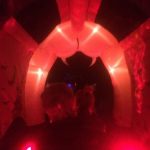 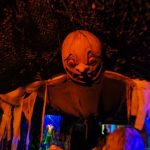 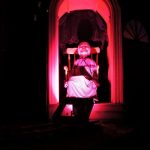 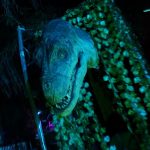 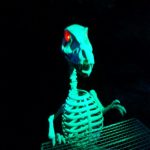 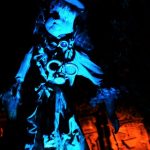 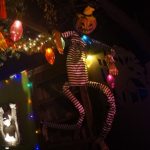 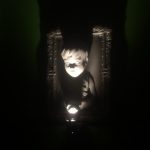 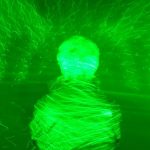 Dukey Flyswatter, (AKA Michael), is a native Angeleno with strong roots in the underground scene since the 70's. He is a screenwriter (Blood Diner, Star Slammer), actor(Surf Nazis Must Die, Betty Page:Dark Angel, etc.), freelance writer. He is best known for his Horror Metal rock group, Haunted Garage, which he founded in the 80's and has now reformed, with him taking his usual role as lyricist and singer.
View all posts by Dukey Flyswatter →
This entry was posted in Attractions, Photo Essays, Upcoming Events and tagged Ghost Train, Griffith Park, LA Live Steamers Railroad Museum. Bookmark the permalink.