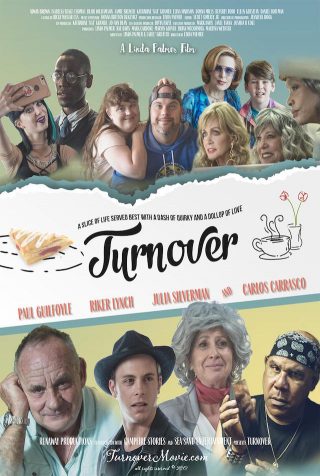 Turnover is a heartwarming comedy starring a cast of zany characters and charming misfits. It all revolves around a restaurant in Southern California owned and operated by Peter (played by Paul Guilfoyle), who is transformed by a series of happenstances beyond his control. Henry (played by Riker Lynch) is Peter’s right-hand man in a sputtering restaurant  that is lean on staff. Peter is experiencing health challenges and an impending divorce from his wife, Fran (played by Katharine Kramer), and he is becoming increasingly frustrated and troubled. It’s the nexus of domestic and business troubles that leads Peter to the brink and forces him in a new direction in life.  As the story moves forward, a sea change is upon Peter’s life with unexpected consequences and serendipitous rewards.

Once Peter heads out for sabbatical, a conflict develops between Henry and Fran regarding the restaurant’s future. The conflict results in Henry leaving, and in an act of revenge, he hires a new inexperienced crew with year-long contracts. They are a mixed bag of personalities with very diverse backgrounds, which makes the situation ripe for misunderstandings, but they all find a way to make it work.

Upon Peter’s return, there are several stunning moments he has to negotiate in order to gain his footing with his new situation, courtesy of Henry, who’s left for greener pastures. There are many twists and turns in this plot, which maps out Peter’s own struggles as well as those of the crew who have joined in on this odyssey. Together they find a way of  reclaiming their humanity and establishing a sense of community. The story is about change, especially adaptation and growth of the human spirit. Recovery of what’s really important isn’t gaming with transactional relationships, but rather is about all of our humanity and the qualities of our relationships. Turnover really succeeds in communicating these values, and touches on the nature of what the human experience should be about.

An assortment of fine actors, including Beverly Todd, Donna Mills, and Jamie Brewer create a charming and relatable cadre of characters that will win you over in this slice-of-life dramedy. Turnover has the heart and wit to capture the whole family with its humor and only the best of intentions. The movie lifts and addresses life situations that can be uncomfortable, but ones that we all need to talk about. It addresses those issues in a sweet and generous fashion that will leave you better off long after the story has finished and the images fade from the silver screen.

There will be numerous festival screening over the course of the year, but two upcoming screenings for Turnover will be shown in May on both east and west coasts. Turnover can be seen here on the west coast Friday, May 3, 2019, at the inaugural Palm Springs International Down Syndrome Film Festival in Palm Springs, and also for an evening screening at the Manhattan Film Festival.

Here is a gallery, mostly, from the Golden State Film Festival last month for the film’s first public screening, with appearances by the cast and crew from Turnover. 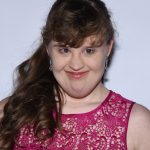 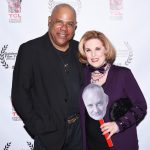 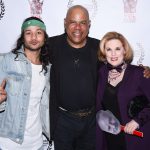 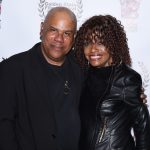 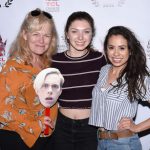 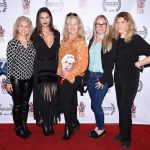 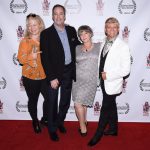 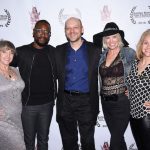 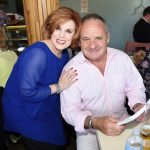 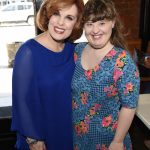 Billy Bennight is a writer, photographer and wardrobe stylist with expertise and years of experience in these disciplines. His musical youth started as a Punk Rocker and has expanded into exploring many genres of music, with an keen interest in art, fashion, photography and writing. He shoots celebrity events and red carpets for The Photo Access and ZUMA Press. He is a member of the Los Angeles Art Association. His images have been published in The Los Angeles Times, People Magazine, Wall Street Journal and Vanity Fair. He's very engaged in life. You can follow him on his Facebook page at: www.facebook.com/billybennightartist and on Instagram and Twitter @billybennight
View all posts by Billy Bennight →
This entry was posted in Events, Movies, Upcoming Events and tagged Bentonville Film Festival, Beverly Todd, Billy Bennight, Comedy, Dionna Mills, Diversity and Inclusion, Down Syndrome Film Festival in Palm Springs, Drama, Dramedy, Family Movie, Film Festivals, Indy Film, Jamie Brewer, Kat Kramer, Manhattan Film Festival, Movie, Movie Review, Paul Guilfoyle, Riker Lynch, Turnover. Bookmark the permalink.