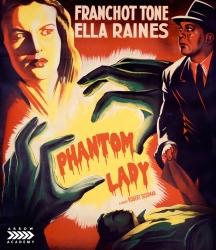 “Phantom Lady” (1944, Arrow Video) Fresh from a squabble with his wife, Alan Curtis invites an anonymous woman (Fay Helm) to see a Latin jazz band (fronted by Carmen Miranda‘s sister, Aurora). When he returns home, he finds his wife murdered; finding that no one will corroborate his alibi – despite many witnesses – his secretary (Ella Raines) takes to the city’s grimier corners to track down the mystery lady. As a whodunit, “Phantom Lady” – directed by Robert Siodmak and produced by Alfred Hitchcock’s former assistant/writer, Joan Harrison – is short on logic and budget, but succeeds as paranoid, fever-dream noir (abetted with deep shadows by cinematographer Elwood Bredell) while also evoking the waking-nightmare world of source novel author Cornell Woolrich, whose work served as the basis for “Rear Window” and countless other movies; the sequence, in which drummer Elisha Cook, Jr.’s manic solo pushes him to near-ecstasy, perfectly sums up Woolrich’s lust-und-mord aesthetic. Arrow’s Blu-ray includes a so-so featurette on noir with comments by Bryan Singer, of all people, but there’s also a radio version of “Phantom Lady,” with Curtis and Raines reprising their roles, from 1944. 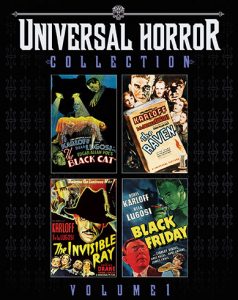 “Black Friday” (1940, Shout! Factory) Boris Karloff and Bela Lugosi are top-billed in this crime-science fiction hybrid, but the heavy lifting is done by British character actor Stanley Ridges, who plays both a kindly professor injured in a car accident and the gangster behind the wheel, who’s also hurt in the crash. To save his friend’s life, scientist Boris Karloff transplants part of the mobster’s brain into the professor, who begins to recall his new occupant’s memories – including the location of some hidden loot. Modest effort by Universal to generate chills in from its major horror stars, penned by Robert Siodmak’s brother, Curt (who revisited the premise for “Donovan’s Brain“), and made palatable by Karloff and Ridges; Lugosi, as a competing crime boss, doesn’t appear opposite Karloff, but classic horror completists might not mind. A 2K restoration of “Black Friday” is featured in Shout’s “Universal Horror Collection Volume 1” with commentary by historian/producer Constantine Nasr, the fourth part of a doc covering the actors’ tenures at Universal (which discusses why Ridges got the part intended for Lugosi) and Karloff in a dramatization of “The Tell-Tale Heart” for the radio series “Inner Sanctum.” 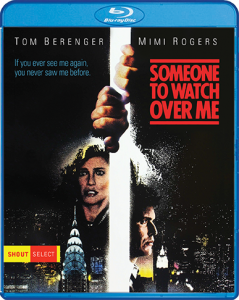 “Someone To Watch Over Me” (1987, Shout! Factory) Queens cop Tom Berenger is assigned to protect wealthy Manhattanite Mimi Rogers from crazed mobster Andreas Katsulas and eventually falls for her. Sudsy thriller benefits greatly from director Ridley Scott‘s visual palette, but he can do little with Howard Franklin‘s by-the-numbers script, so the takeaway is the supporting cast, anchored by Lorraine Bracco‘s turn as Berenger’s fiercely dedicated wife and Jerry Orbach and Daniel Hugh Kelly as fellow police. You also get versions of the Gershwins’ title track by Sting, Roberta Flack and Gene Ammons, which is (mostly) a good thing. Shout’s Blu-ray – part of its Shout Select series – includes interviews with Franklin and cinematographer Steven Poster. 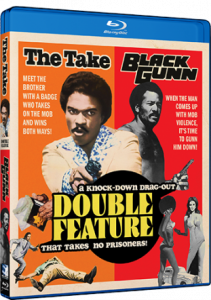 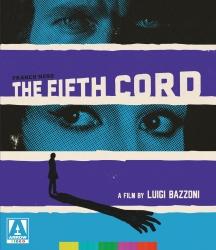 “The Fifth Cord” (1971, Arrow Video) Hard-living, self-loathing reporter Franco Nero must uncover the identity of a killer preying on the guest list for a high-end New Year’s Eve party before the authorities pin the murders on him. Lesser-known giallo from Luigi Bazzoni (“Man, Pride and Vengeance“) might best be appreciated by those that like their Italian thrillers with more straightforward plotting and less grisly (or misogynistic) violence, though the list of red herrings borders at times on the absurd. But Nero is agreeably rough-hewn, and there’s superior cinematography by Vittorio Storaro and a score by Ennio Morricone; Arrow’s Blu-ray includes interviews with Nero and editor Eugenio Alabiso (“The Good, the Bad and the Ugly”), audio commentary by Travis Crawford, a collection of previously unseen and unrelated clips, and several video essays. 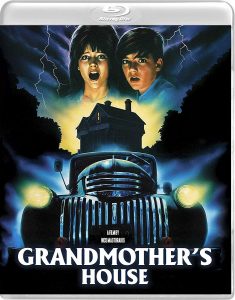 And: the forgotten chiller “Grandmother’s House” (1988, Vinegar Syndrome) concerns a pair of siblings who suspect that their grandparents (which include the great Len Lesser), who are caring for them after the death of their father, are hiding something sinister in their basement. Lensed in Rosemead, produced by exploitation vet Nico Mastorakis and directed by “Waterworld” co-writer Peter Rader (who’s interviewed on the Blu-ray/DVD set, along with co-star Brinke Stevens and co-writer/Steadicam operator Peter Jensen), “House” is an effective and moody exercise in suspense on a budget.

Paul Gaita lives in Sherman Oaks, California with his lovely wife and daughter. He has written for The Los Angeles Times, LA Weekly, Variety and The Fix, among many other publications, and was a home video reviewer for Amazon.com from 1998 to 2014. He has interviewed countless entertainment figures from both the A and Z lists, but his favorites remain Elmore Leonard, Ray Bradbury and George Newall, who created both Schoolhouse Rock and the Hai Karate aftershave commercials. He once shared a Thanksgiving dinner with celebrity astrologer Joyce Jillson, and regrettably, still owes the late character actor Charles Napier a dollar.
View all posts by Paul Gaita →
This entry was posted in Movies and tagged Arrow Video, Mill Creek Entertainment, shout factory, VInegar Syndrome. Bookmark the permalink.

One Response to Movies Till Dawn: All Night Crime Wave 2019