Beat Recommends – The Who at Hollywood Bowl 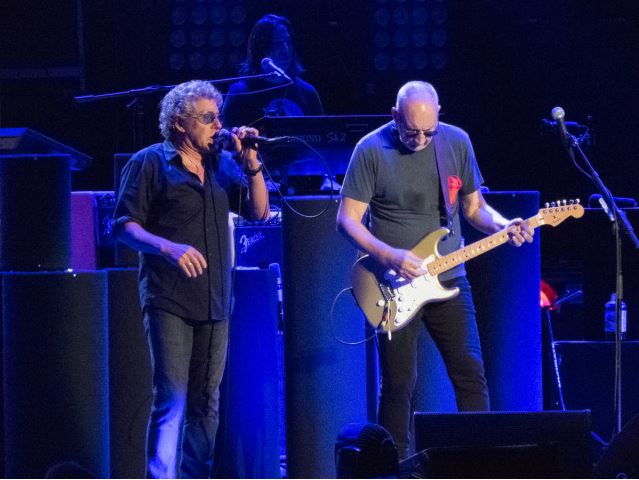 The Who’s Roger Daltrey and Pete Townshend, performing at Staples Center, May 2016. Photo by Ivor Levene for the Los Angeles Beat.

The Who, such as they are in 2019, will be appearing at the Hollywood Bowl on three nights this month, starting on Friday, October 11th. This year’s touring setup includes a full orchestra, there to bolster the sound of the electric band as they run through a set heavy with numbers from their big magnum opuses, Tommy and Quadrophenia. Expect to hear some of those synthesizer string arrangements on the original Quad album replicated by actual strings. You can also expect to hear some things you probably wouldn’t have predicted on the set list.

Most promisingly, you can expect to hear some new songs for the first time in thirteen years. A handful of numbers from the forthcoming album Who have been played at recent dates, and the online single, “All This Music Must Fade” was just released this week to highly positive buzz. Box seats will set you back, but at press time, you can still hit up Goldstar for discounted tickets to all three shows for a face price of $44.

This should be a special opportunity to hear the band in a uniquely amplified situation, and potentially experience the West Coast premiere of their new repertoire.

This entry was posted in Music, Upcoming Events and tagged movin' on tour, Pete Townshend, roger daltrey, The Who. Bookmark the permalink.