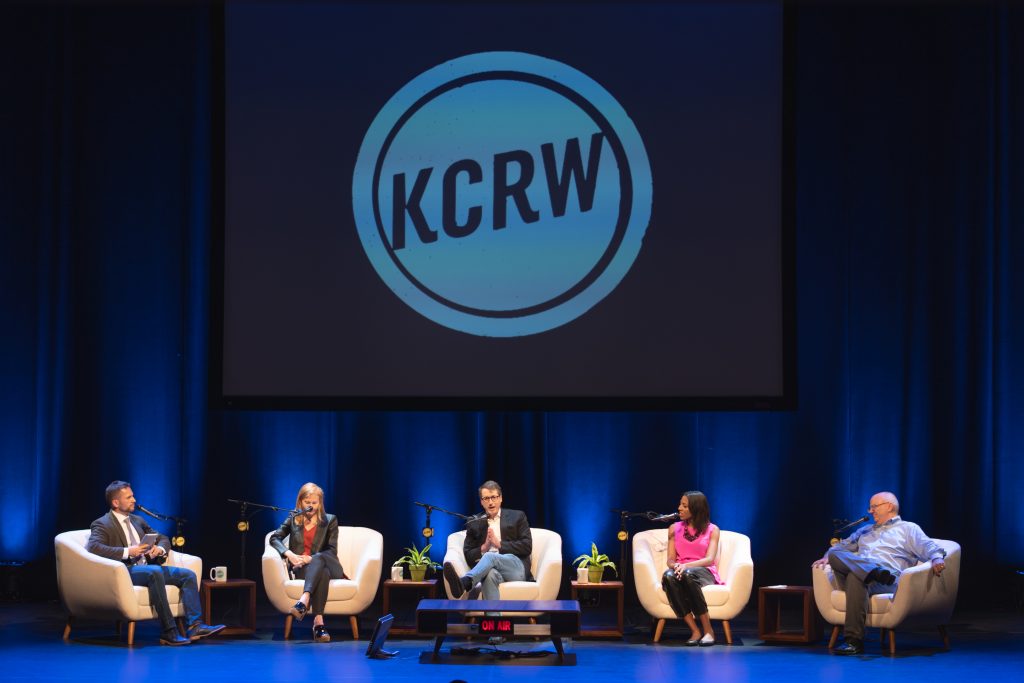 The nearly sold-out show will feature a panel of guests, as per its moniker and intent, from the left and right in political views, along with its host, Josh Barro, as its “center.” Along with Barro, panelists are Elizabeth Bruenig, Left, Tom Carney, Right, and special guests Keli Goff and Gustavo Arellano.

This special live and panel discussion comes timely and just prior to Super Tuesday primary election voting. California has moved its primary up early this year to March 3, 2020, where, historically, more delegates can be won on Super Tuesday than on any other single day.

The show seeks to be the “antidote to the self-contained opinion bubbles that dominate political debate” as the panelists and host agree, disagree, predict, rant, and answer questions addressing who is the most likely Democratic nominee, which candidate is reaching voters, whether it matters that California’s primary is now to be held on Super Tuesday, what those results might say about the 2020 presidential election, and will otherwise make their best predictions for the Democratic presidential elections.

Josh Barro contributes to New York magazine as a business columnist and is the host of KCRW’s  Left, Right & Center  &  LRC Presents: All The President’s Lawyers.

Elizabeth Bruenig (left) is an opinion writer at The New York Times, was a finalist for the Pulitzer Prize in Feature Writing for her piece “What Do We Owe Her Now?” in 2019 published at The Washington Post where she was formerly an opinion columnist and assistant editor, and has also written for the New Republic, The Nation, Jacobin Magazine, The Atlantic and other publications.

Tim Carney (right) Tim Carney is the commentary editor at the Washington Examiner, a visiting fellow at the American Enterprise Institute, and the author of three books, most recently Alienated America: Why Some Places Thrive While Others Collapse.

Keli Goff (special guest) A Columnist for The Daily Beast, Keli Goff’s essays and articles have also appeared in New York Magazine, The Guardian, Glamour, and The Washington Post. Her credits as a screenwriter include the critically acclaimed superhero series Black Lightning and she was nominated for two Emmy Awards for her work as a producer on the 2018 Netflix documentary Reversing Roe.

Monique A. LeBleu is a writer, photographer, videographer, and shameless foodie and wineaux. A love of film history and a background in film production, post-production, and film theory provide unique insights into her movie reviews. As well, a background in technical theater fuels her passion on all-things theater. As a foodie, living in the ever-growing and diverse culinary landscape that is the City of Los Angeles feeds her never-ending pursuit of the perfect comfort food—the world's best Mac n' Cheese!
View all posts by Monique A. LeBleu →
This entry was posted in Events, Upcoming Events. Bookmark the permalink.