Welcome to the Mad Circus: The Record

Posted on March 6, 2020 by Tequila Mockingbird 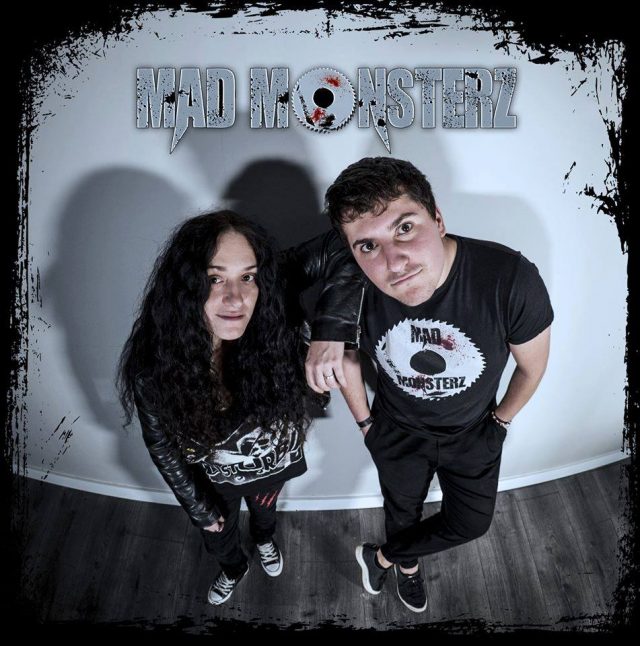 Nestled in the countryside deep in the heart of France, a musical revolution is growing. Mad Monsterz is not just musically bent; it is a cultural hub.
It is a band, a community and a movement all in one. Mad Monsterz have created a place where art and music collide, collecting pieces of the communal brain and creating a place for the growth of music and performance wherever they go.

The group was founded by Nhell (guitar/voice/video), Paul (drums, backing vocals), Legoya (illustration) and Julia (choreographer). the Mad Monsterz project is a mix between rock’n’roll, 360° videos and a comic book, called Mad Monsterz Tales. After two years of work, they are releasing their first album, a straightforward hard rocker with dark undertones, a 90s feel and a definite European sound. Welcome to The Mad Circus is available here. Check out their cool and kind of creepy video for 3,14:

Tequila Mockingbird has been a longtime fixture on the LA music scene. Her first band was "Trouble for Nora" with Mitch Mitchell of "The Jimi Hendrix Experience." She sings with Jeff Goldblum and you can catch her show Saturday nights at Canter's. She is also a promoter, actress, writer and inventor. Her company, Do Monkey Productions, booked the historical punk rock TV show, "New Wave Theater." She has been published in Buzzbin Magazine and has a regular column in Rock City News. Recently she has created Tequila Tattoo Cream and opened The Punk Rock Museum to bring old friends together for art, music , and culture. It is located at KGB studios and curates special events all over Los Angeles in Pop up form. The museum has also contributed art to Pershing Square and Tequila hopes to curate more events for the city that she loves. www.lapunkmuseum.com
View all posts by Tequila Mockingbird →
This entry was posted in Music. Bookmark the permalink.