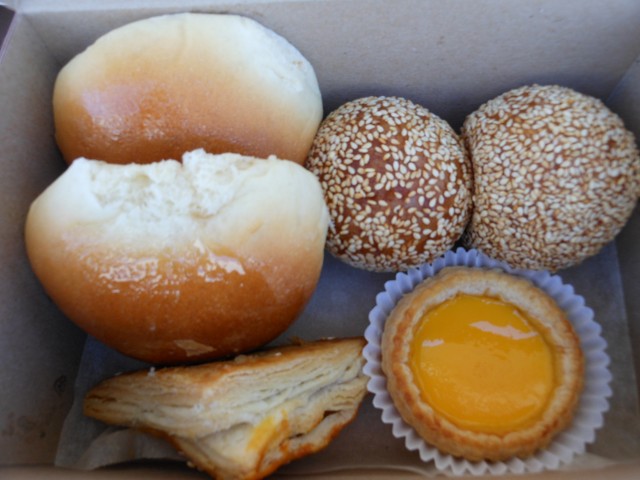 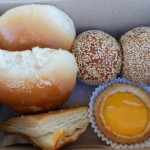 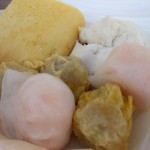 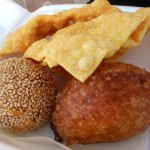 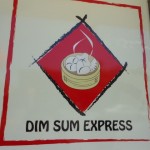 Dim Sum Express in Monterey Park is a little shack on the side of the road that could easily be mistaken for a donut shop. Except unlike a donut shop, the windows are all boarded up, making it kind of mysterious.

It’s easy to over-order, which I always do, so it’s lucky dim sum keeps well. Dim Sim Express in particular has gigantic dumplings, so you get more than you expect. The har gow is at least twice the normal size, bursting with sweet shrimp. The sesame seed balls with lotus paste are as big as a tennis ball. Someone on Yelp kindly took a picture of the sesame ball next to an actual tennis ball to prove their point.

I can’t say it’s the best dim sum I’ve ever eaten, but it’s one of the best things I’ve ever eaten out of a window. The sui mai is excellent, those har gow and sesame balls are great, and the char siu bao isn’t bad, if much sweeter than usual. The only thing anyone hasn’t liked are the turnip cakes, and I think that had more to do with the turnip.

Born and raised in the great city of Los Angeles, this food, culture and music-loving punk rock angeleno wants to turn you on to all that is funky, delicious and weird in the city. While Elise holds down the fort, her adventurous alter ego Kiki Maraschino is known to roam the country in search of catfish.
View all posts by Elise Thompson →
This entry was posted in Food. Bookmark the permalink.