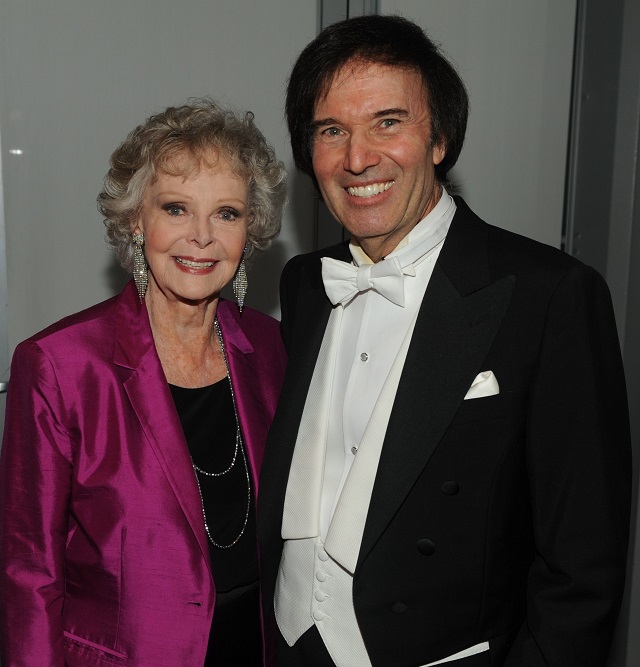 Singing lawyers and crooning judges: Sounds like the latest inspired musical by Rogers and Gavelstein (Get it?  Get it?  Hammer…gavel…ah never mind…never mind…) or at the very least, a long overdue sketch from a Laugh In revival—“Here come tha Judge!” It is actually neither of these things. But on December 12th lawyers will be casting aside their briefs and judges emerging from behind their imposing podiums only to quit the courtroom and approach the Wilshire United Methodist Church for the very purpose of entertaining the people vs. their winter boredom in a holiday extravaganza to beat all extravaganzas!

Lauded Maestro Gary S. Green will preside over the LA Lawyers Philharmonic and its chorus Legal Voices conducting the beautiful type of singing that has nothing to do with ratting anyone out for a premature prison break!

Emceed by legendary actress June Lockhart, who, if you are guilty of enjoying yourself to oblivion (and why wouldn’t you be) will lock you up in her own right by captivating you with her capital charm; along with all the entertainment set to take the witness stand of wonder this winter season! Featured soloists and pieces will include:  a West Side Story Medley (featuring soloists Dave Deno, John Manier, Esq., Benjamin Natkin Esq., Hon. Steve Perren, Mary Tanford, Bob Steinberg, Esq.) Lauridsen’s Lux Aeterna (4th and 5th movements) and all manner of Christmas and Hanukkah classics! Noted Tony winner and attorney to boot Michael Maguire will entertain all as a highlighted soloist in his rendition of The Impossible Dream along with Luck be a Lady Tonight in honor of Frank Sinatra’s 100th birthday. Retired attorney David Waller, and principle cellist, will mesmerize the crowd with his own interpretation of Faure’s Elegie.  But the international composition doesn’t stop there as attorney and Legal Voice’s tenor Randall Garrou is set to croon the widely admired aria Nessun Dorma from Puccini’s Turandot. Led by choral director Jim Raycroft, an additional appearance will include Cavit Celayir-Monezis as guest conductor.

Jennifer K. Hugus was born at a very young age. At an even earlier age, she just knew she would one day write for the LA Beat! Having grown up in Massachusetts, France, and Denmark, she is a noted fan of Asian Cuisine. She studied ballet at the Royal Danish Ballet Theatre and acting at U.S.C. in their prestigious BFA drama program. She also makes her own jewelry out of paints and canvas when she isn’t working on writing absurdist plays and comparatively mainstream screenplays. Jennifer would like to be a KID when she grows up!
View all posts by Jennifer K. Hugus →
This entry was posted in Music and tagged Christmas, Gary S. Gree, Holiday, June Lockhart, LA Lawyers Philharmonic, Legal Voices, Singing, Wilshire United Methodist Church. Bookmark the permalink.