The Spirit Of 76 – Ringo’s Birthday 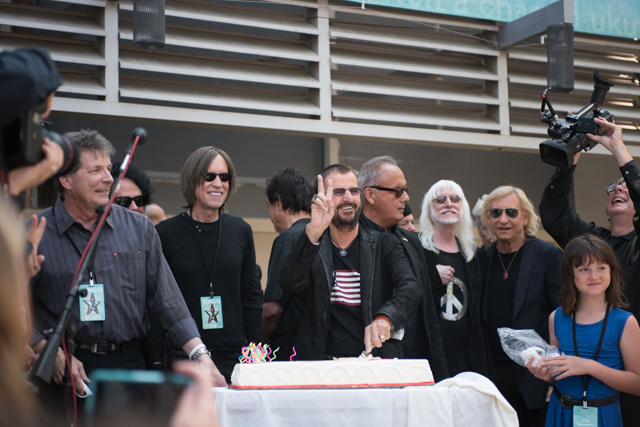 This week marked the passage of another 7th of July, a date that makes me quickly forget about Independence Day and all its hyperbole.  In case you weren’t aware, 7/7 is Ringo Starr’s birthday, an event he celebrates every year in front of the Capitol Studios/Tower on Vine St. in faaaaabulous Hollywood, where all four of the gang’s stars are embedded in the sidewalk.  Where else would they be other than out front of Capitol?

Ringo has managed to turn this event into a kind of rally for peace,  counting down to noon with as many of his friends that can fit onto a tiny stage.  Precisely at 12:00:00 pm, the assembled chant “Peace and Love”, the event is streamed live, and there are hundreds of fans present.   It may be easy to dismiss this as “60’s optimism” or some other “hippy idealism”, but given the horrible events that continue to plague us, I think there’s plenty of room on the world stage for this kind of event.

I admit, I used to be skeptical and think that Ringo just flashed his signature peace sign as a kind of trademark, but when you’re penned in with all the media, surrounded by fans and friends, and people constantly shout out “We Love You Ringo”, you really can feel the love.  Ringo answers back every single shout-out with “I Love You Too”, and he really means it.  He’ll stop whatever he’s saying to acknowledge the well-wishes.  It really means something to him and that in itself says a lot about this musical icon.

Prior to the event, the media was led to the back of the building where Ringo, his wife Barbara, Joe Walsh and his wife Marjorie posed on the red carpet.  We were all invited to yell our questions across the gulf to Ringo, and with his customary wit and charm, protested that he couldn’t hear us, so he just walked right over and waded right into the middle of us.  Just like that.  No pretense, no reservations.    He shook hands with as many people as possible, joked and laughed and had a great time.  As he passed by, I shook his hand, wished him a happy birthday, and he replied with “thank you brother”.  This will only be significant if you’re very familiar with Revolution Number 9 and the little snippet where you hear Ringo say “take this brother, may it serve you well”.  Three words from Ringo and I’m transported back more than 40 years.

I did manage to work my way back down the other end of the line and ask him if he had any plans to play in the desert with Paul McCartney, to which he cryptically replied “tomorrow never knows”.  This is the man who coined the phrases “Eight Days A Week” and “A Hard Day’s Night” after all.  And just in case Ringo and Joe Walsh aren’t enough for you, Edgar Winter, Jim Keltner, Howie Mandel, and Richard Lewis were on hand too.

After the red carpet, we all walked back to the street, photographers, writers, rock stars, all mixed together, almost like school children.  Just a few minutes before noon, one of the guest bands led by Dave Stewart played The No-No Song while Ringo bobbed his head in time to the song and waved to his fans.  After the brief ceremony, the cake was cut, the wristbands were thrown out, and the cookies with the peace signs were given out to fans.  As long as Ringo is going to throw a street party, I’m going to attend, and you should too.  Mark the date now, 7/7/17.  See you there! 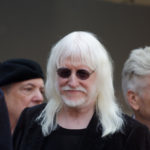 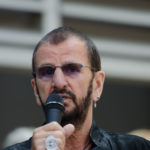 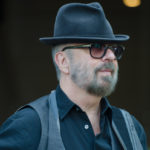 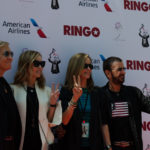 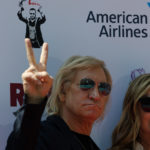 Wrapped around his finger. 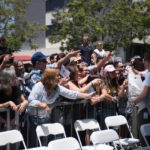 Ivor Levene likes to interview musicians, write about music and musicians, play music, listen to music, read about music, photograph musicians, and anything else you can think of with music. He has been involved with the music scene for over thirty years and his posts have appeared all over the place! Ivor says "I'm going to write about music as long as I have something to say".
View all posts by Ivor Levene →
This entry was posted in Attractions, Events, Miscellanious, Music and tagged beatles, Ringo, RingoStarrMusic. Bookmark the permalink.