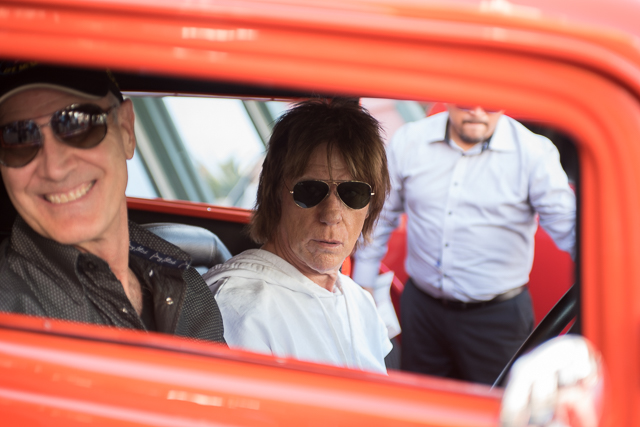 I just love (endless) summer here in Los Angeles. Where else could you possibly go for a burger at the famed Mel’s Drive-In and be sitting a few tables away from famed guitar-slinger Jeff Beck?

Last night, to celebrate the publication of the new Genesis Publications book BECK01, Mel’s on Sunset closed its doors to all but a select few. Entitled “Hot Rods and Hamburgers” the event was part book signing/sale, part classic car meet, and a special dinner to boot. Several other 30’s car enthusiasts gathered in the parking lot to show off their rides as we awaited the arrival of Jeff. We watched as he piloted his bright-orange 32-Deuce Coupe right past the event, not knowing exactly where to turn in (no GPS in that hot rod). After executing a u-turn in the late-afternoon traffic on Sunset to the amazement of onlookers, Jeff pulled into the parking lot, got out, and stood there while TMZ fired their always relevant questions at him, like “does Mick Jagger make you want to have a child?” and that kind of, you know, hard news fact-gathering.  Jeff mugged for the cameras, answered a few more questions, and waved to one of those open-aired “tours of Los Angeles” buses, where shocked tourists just could not believe their luck.

After the requisite clicking of a thousand shutters, Jeff strolled in, took his seat, and was greeted by another icon of hot rods at Mel’s, Candy Clark of American Graffiti fame. I wasn’t close enough to hear the conversation, but I wonder if she asked him to “peel out”…

Jeff’s book is quite a beautiful collectible, with over 400 rare photos, showing Mr. Beck doing the two things he loves most; making music and enjoying his hot rods. The book can be purchased at Genesis BECK01 and they are limited and signed. And, if you’re in the mood for more Jeff Beck, tomorrow he brings his guitar prowess to The Hollywood Bowl, for what’s promised to be an evening of ethereal guitar and musical virtuosity. Jeff is touring in support of his latest album, Loud Hailer and I have to say it is so refreshing to see an artist with his track record touring to promote new material, and not playing a bunch of 40 to 50 year-old classics. It brings me back to another long, lost era. But that’s Jeff Beck and always will be, not one to rest on his laurels, he is “still trying to create that perfect album”. As long as he keeps putting new music out there, I’ll keep buying it.

Wednesday night’s show at The Hollywood Bowl promises to be one of the highlights of this endless summer! 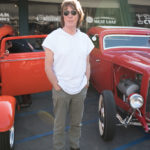 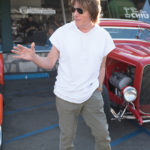 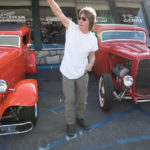 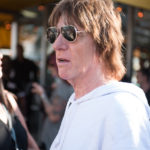 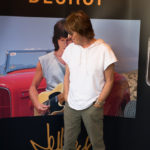 Jeff checking himself out 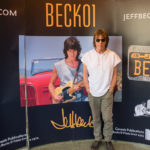 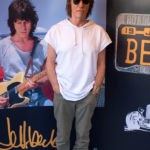 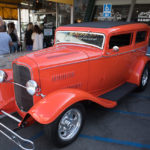 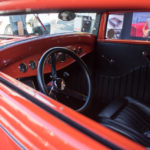 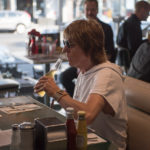 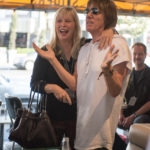 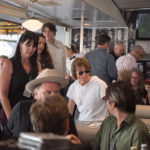 Ivor Levene likes to interview musicians, write about music and musicians, play music, listen to music, read about music, photograph musicians, and anything else you can think of with music. He has been involved with the music scene for over thirty years and his posts have appeared all over the place! Ivor says "I'm going to write about music as long as I have something to say".
View all posts by Ivor Levene →
This entry was posted in Books, Events, Music, News & Sports, Upcoming Events and tagged #buddyguy, #hollywoodbowl, #jeffbeck. Bookmark the permalink.