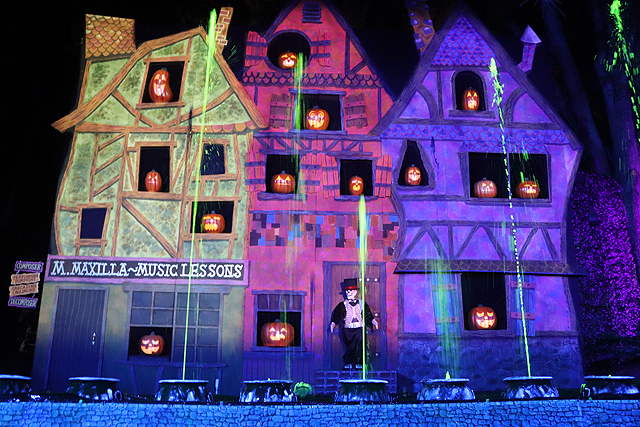 In Griffith Park—tucked in and adjacent to the Ghost Train, lawn haunt favorite “Boney Island’s” skeletal residents are back “telling jokes, doing magic, and causing all sorts of comic mischief.”

“Boney Island,” having recently joined with the L.A. Live Steamers Railroad, whose “Ghost Train” annual fundraiser attraction in the park’s Travel Town returned last year, repeats some of the often-featured characters and “carickytures” that performed and delighted at the popular annual neighborhood volunteer home attraction for nearly 20 years.

The new amusement park well lit by “moonlight” carries us through a series of vignettes and walk-throughs like an old-time carny park. Back is the orchestra nestled in treetops romantically serenading inspired waltzing couples on a silver screen. Also returning are performances by The Conjuring Clavicle, Maestro Maxilla, singing jack-o-lanterns, and the famous Day-Glo lime green dancing waters show. There are walks through clusters of singing shrubbery, flowers, “snapdragons,” and other forest dwellers, along with “live” magic shows, shadow puppets, and lots of new antics to make bones shimmy and merry mandibles clatter with laughter. 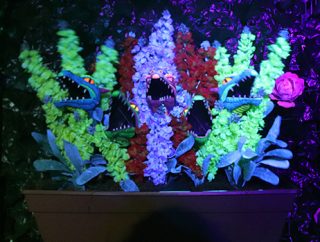 “Boney Island was held in a residential neighborhood in the valley before the city forced them to shut it down,” said Elise Thompson, The LA Beat’s Editor-in-Chief. “It was a sad day when I saw them selling skeletons on the internet. But the spirit of Halloween is unstoppable! They are now open in Griffith Park!”

Boney Island was shut down last year at its previous home location in Sherman Oaks by the City of Los Angeles due to the traffic issues that plagued the highly popular attraction built by the homeowners’, locals from the neighborhood, and others in a crew of volunteers since 1998.

“I started it for my daughters because they hated scary stuff and I did too,” said Rick Polizzi, co-founder of Boney Island and the previous homeowner of Boney Island’s first incarnation in Sherman Oaks. “So we just tried to do something fun and whimsical that everybody could enjoy.” 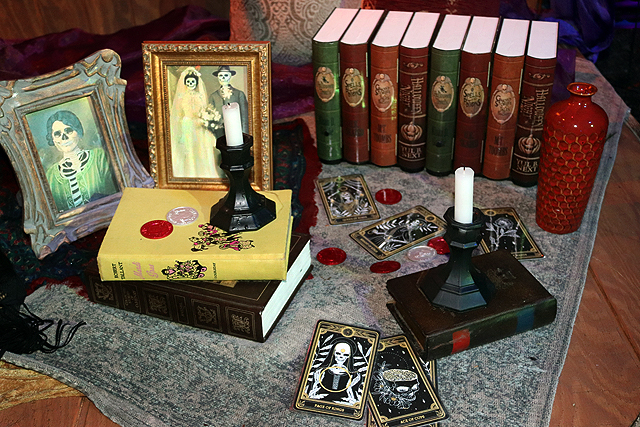 The devil is in the details at Boney Island, Travel Town, Griffith Park, Los Angeles, October 13, 2018.

Polizzi is a three-time Emmy award-winning Post Production Supervisor of Fox Television’s The Simpsons and author of collector books like “Spin Again: Board Games from the Fifties and Sixties.”

“We started in June, so it’s been non-stop since then,” said Polizzi. “[Members of Ghost Train] asked if we would want to do it here in their section that was kind of empty—and it would help them because they wouldn’t have to decorate as much. And it would, maybe, help us. But I had sold everything on eBay when we got shut down last year. I wasn’t going to pay for storage. I didn’t think I’d ever be able to do it again, because of the costs the city said we’d have to incur.”

According to their 2017 fundraising video for the Sherman Oaks haunt, Polizzi and crew had been self-funded since 1998 and had tried to expand Boney Island between properties in 2017 to accommodate the growing fans every year at Halloween.  With the crowdfunding site Go Fund Me, they sought to help raise funds for the expansion and accommodate some-odd four-figure fees that the city wanted at the time for permits in order to close down streets and make the annual event safe. But at the 11th hour, the city apparently revised the costs to five to six figures, according to ThemeParkAdventure.com, which in the end shut them down.

But with the approach and encouragement of friends and members of Los Angeles Live Steamers Railroad, Boney Island’s skeletal residents got a reprieve. 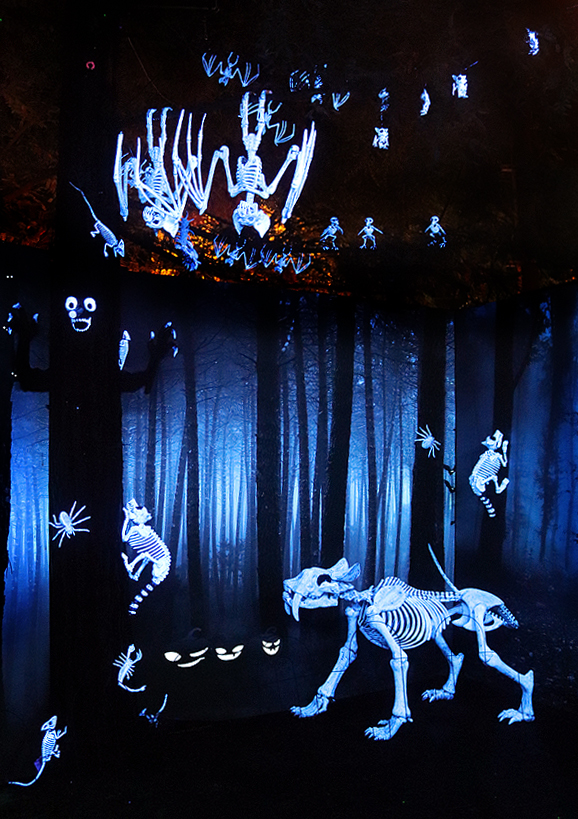 “The more they kept asking, I said, ‘Alright, we’ll give it a shot.’ That’s when we finally decided, yeah let’s try it,” he continued. “And we didn’t have anything saved … So we had to build everything from scratch. Its been whirlwind just trying to get it all together and so far so good.”

Michael, a greeting member at Boney Island’s front gate, has been on board as one of the original core crew members since 2002, but Polizzi said he has been doing it for 20 years.

“There’s a glow in the dark water show that we had at the house,” said Polizzi. “There’s a couple a different walk-throughs of a garden and a forest. And they’re all kind of skeletal and fun haunted, so nothing scary.”

Tickets are on sale here and Boney Island is located at 5202 Zoo Drive, Los Angeles, CA 90027. There is both lot and street parking available. 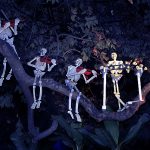 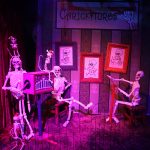 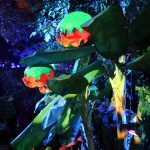 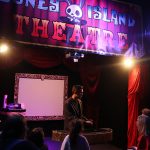 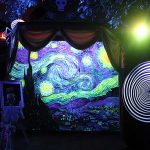 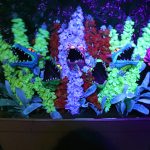 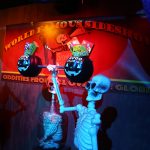 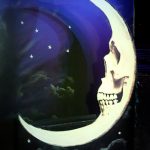 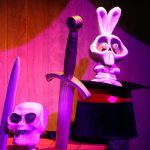 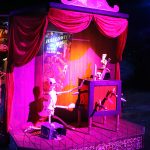 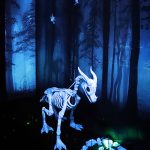 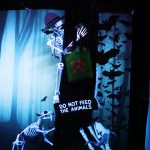 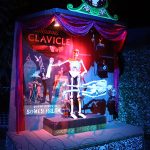 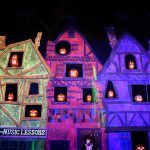 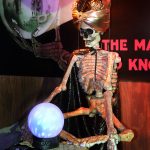 For more on Boney Island on the L.A. Beat:

LALS Ghost Train: Back on Track with Ghoulish Delight

Monique A. LeBleu is a writer, photographer, videographer, and shameless foodie and wineaux. A love of film history and a background in film production, post-production, and film theory provide unique insights into her movie reviews. As well, a background in technical theater fuels her passion on all-things theater. As a foodie, living in the ever-growing and diverse culinary landscape that is the City of Los Angeles feeds her never-ending pursuit of the perfect comfort food—the world's best Mac n' Cheese!
View all posts by Monique A. LeBleu →
This entry was posted in Attractions, Events, Upcoming Events and tagged Boney Island, Ghost Train, Griffith Park, Halloween 2018, Los Angeles, Monique A LeBleu, Rick Polizzi, The Los Angeles Steamers Railroad, Travel Town. Bookmark the permalink.