Actor/Singer Don Most Blows the Roof off Vitello’s to Sold Out Crowd before Taking his Talents to New York! 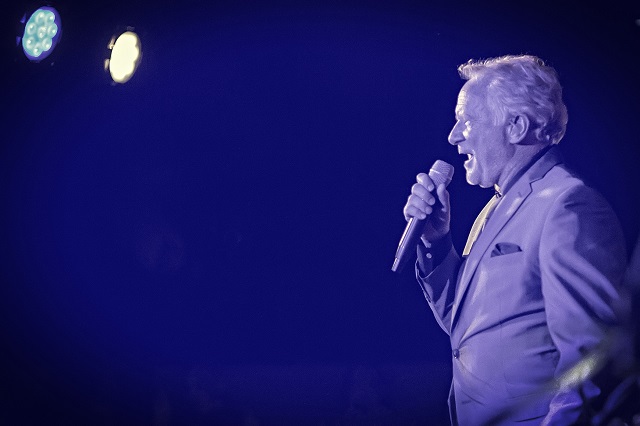 On May 10th the upstairs of Vitello’s just about had its entire roof blown off by none other than the illustrious Don Most and his most righteous 17 piece orchestra! So high octane the performance: more power to any senior citizen or citizens sitting in the front row with over-adjusted hearing aids who may just have thought they had suddenly developed supersonic-to-bionic hearing capabilities, once having witnessed the up-striking of the bodacious band!  Legend has it, even dogs on the street, up to three blocks away, registered said sonorous performance much more acutely than any boring ol’ dog whistle that ever was, to much favorable attention-getting appeal and intrigue!

Also included in the audience for the night’s festivities: Kate Linder of The Young and the Restless, a now stunningly brown-haired Morgan Brittany of Dallas fame, Dan Lauria, everyone’s favorite (and not so favorite dad when he was being gruff in only the most Fred Flintstonian of senses) from The Wonder Years, and fellow singer, actress and fan Judy Norton of The Waltons!

Best known in mainstream media as the hilarious and ever upbeat Ralph Malph of Happy Days fame, Most’s first and true passion has always been music; one of his primary watershed moments encompassed singing in the Catskills with a middle school group at the age of 14! Even during his most defining televised instances spent with The Fonz, Richie, Potsie, and the gang, he never lost his musical passion and all was well fated to boot and in kind, because according to Most’s forthcoming costar Anson Williams (aka Potsie): Garry Marshall bought them a basketball hoop by which to maintain optimal cardiovascular health between takes, to speak nothing of fostering a little giddy amusement simultaneously!

All Photos Courtesy of Steve Neimand: 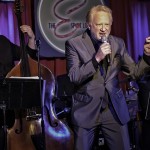 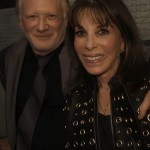 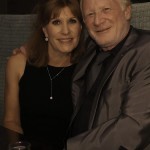 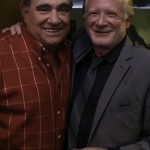 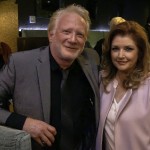 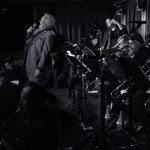 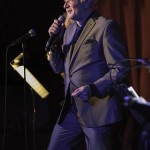 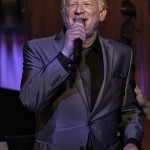 With a voice as rich, smooth and lyrical as swirling cherry vanilla pipe smoke, Most will continue his Sings and Swings: Sinatra, Dino, Darin & More tour–along with his most bodacious 17 piece orchestra–in all its glory! The only regrettable aspect of this entire thing is that Mr. Most will continue it on the East Coast—New York to be precise– leaving L.A. just a little musically bereft for awhile and just a little less, uh… Don Mostian as a whole.  But I think they (New Yorkers that is) pay higher taxes than we do, so in the end, perhaps it all evens out…

In perfect prequel to his upcoming album release, this tour aptly ushers in its inception wherein Most has recorded some of his most cherished numbers backed by an entire big band, comprised entirely of L.A.’s most valued studio musicians, some of whom are even members of Gordon Goodwin’s Big Phat Band. The album entitled Mostly Swingin’ will include musical favorites such as The Tender Trap, Let’s Fall in Love, I Got it Bad, and Clementine among many others!

For more information on Mr. Most: Both his musical tour and varied career, please visit:

Jennifer K. Hugus was born at a very young age. At an even earlier age, she just knew she would one day write for the LA Beat! Having grown up in Massachusetts, France, and Denmark, she is a noted fan of Asian Cuisine. She studied ballet at the Royal Danish Ballet Theatre and acting at U.S.C. in their prestigious BFA drama program. She also makes her own jewelry out of paints and canvas when she isn’t working on writing absurdist plays and comparatively mainstream screenplays. Jennifer would like to be a KID when she grows up!
View all posts by Jennifer K. Hugus →
This entry was posted in Music and tagged Big Band, Don Most, Donny Most, Happy Days, television, vitellos. Bookmark the permalink.