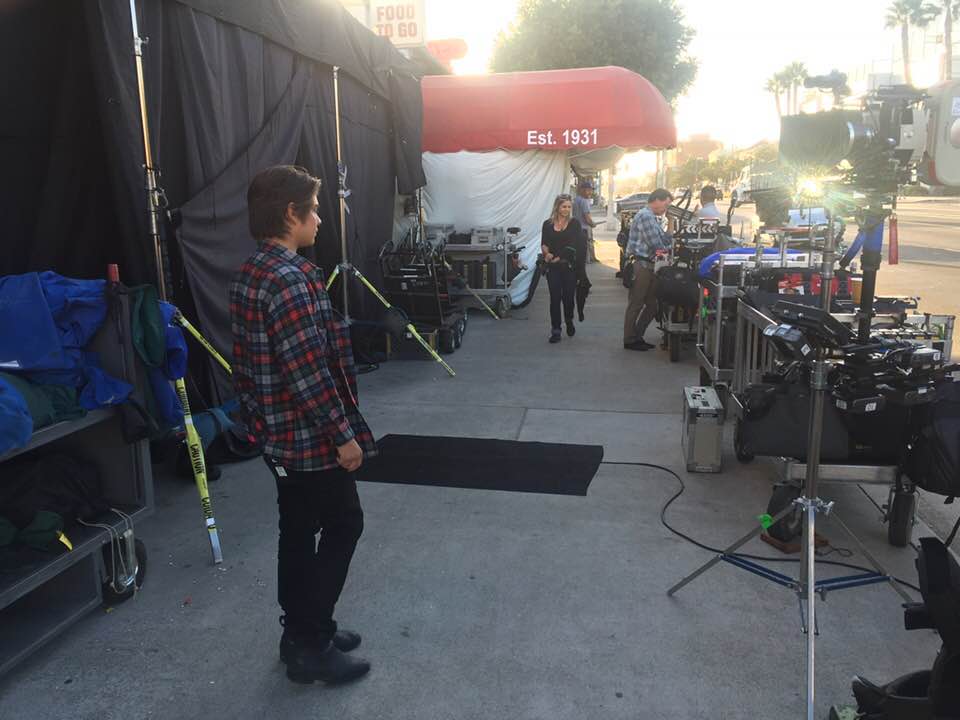 On October 9th, Photographer James Cherry of Street Style LA spotted the equipment for an indoor night shoot at El Coyote Café. Even though none of the actors were in sight, we knew we had found Tarantino once again, because that is the restaurant where Sharon Tate and three of her friends shared what was fated to be their last meal. Every year, Angelenos still gather at El Coyote on August 8th, hoping to get the blood-red leather booth in the corner that the party occupied.

Blanche March and her husband, George, opened the Mexican Café on March 5, 1931. It was originally located on 1st Street and moved to its current location in 1951. Autographed photos of movie stars line the walls and the clientele once included John Wayne, Ricardo Montalban and even Princess Grace. They are known for their strong margaritas, crappy salsa and kitschy décor.

The website, Cielo Drive states, “On Friday, August 8, 1969, Jay Sebring made an 8 o’clock dinner reservation for Abigail Folger, Wojciech Frykowski, Sharon Tate, and himself. After waiting 15 minutes in the bar, the four were seated and unknowingly ate their last meals, leaving at around 9:45pm, heading back to Cielo Drive.”

Sharon’s sister Debra Tate talked about Sharon in 2003 on what would have been Sharon’s 60th birthday. The topic of her favorite restaurants came up, and El Coyote was one of them. According to Debra, Sharon’s favorite dish at El Coyote was made with blue corn tortillas which they only made one month out of the year. Read the full Debra Tate Interview here. Although according to Dearly Departed Tours, Sharon Tate ordered enchiladas that night.

Los Angeles Magazine writer Chris Nichols confirmed our suspicions with this great exterior shot of El Coyote with a billboard for Tanya tanning oil and butter. It was a real product of the era, but I have to wonder if they intentionally got a little Patty Hearst reference in. 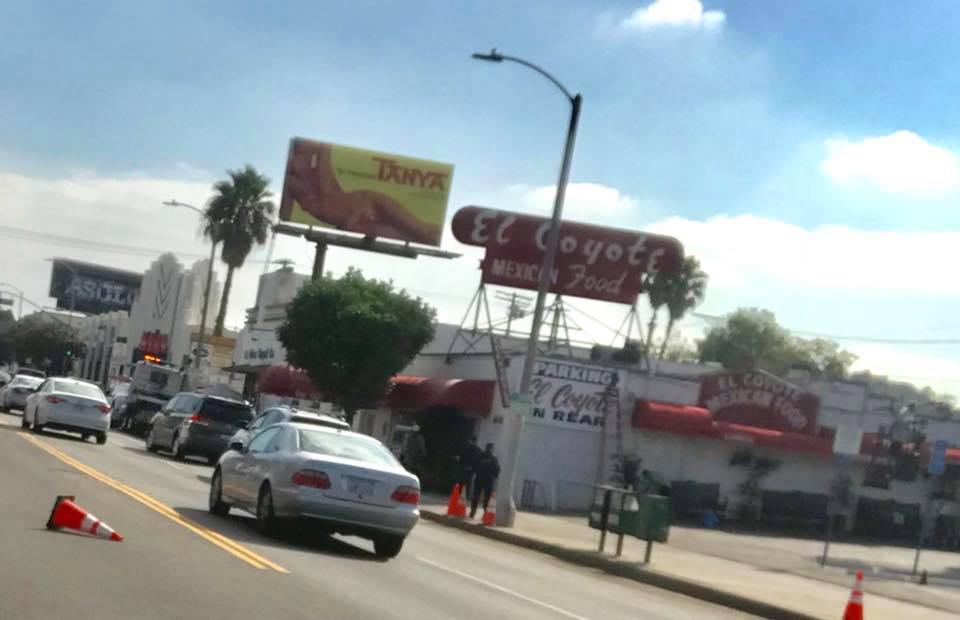 Previously on The LA Beat:

Tarantino Turns Back Time in Hollywood

Born and raised in the great city of Los Angeles, this food, culture and music-loving punk rock angeleno wants to turn you on to all that is funky, delicious and weird in the city. While Elise holds down the fort, her adventurous alter ego Kiki Maraschino is known to roam the country in search of catfish.
View all posts by Elise Thompson →
This entry was posted in Food, Movies and tagged Charles Manson, Charlie Manson, El Coyote, Manson, Once Upon a Time in Hollywood, Quentin Tarantino, Sharon Tate, Tarantino. Bookmark the permalink.

2 Responses to We Continue Following Quentin Tarantino Around: El Coyote